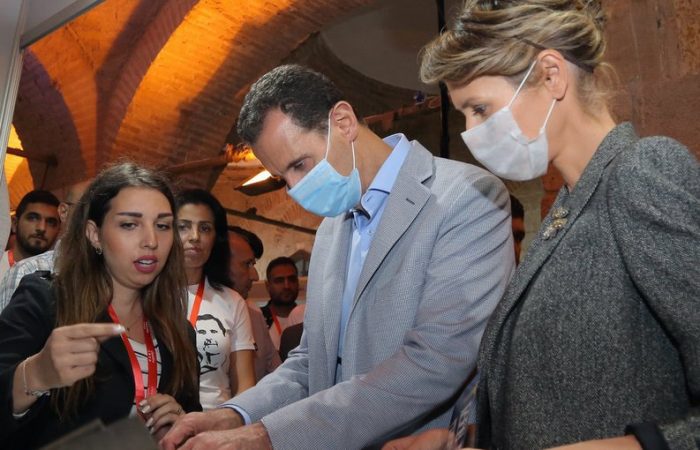 Both Syrian Arab Republic President Bashar al-Assad and his wife Asma al-Assad have been infected with the novel pathogen, the state-run Twitter reports on Monday.

The first couple of Syria has announced they tested positive for coronavirus. According to the Twitter account, the head of state and his wife had taken PCR tests after experiencing “mild symptoms” of covid-19.

Following the test, the first couple is now set to quarantine at home for two to three weeks. Despite the infection, Bashar and Asma al-Assad are both presently “in good health and in a stable condition”, the tweet said. They will continue their work from home, a common practice that used to be a ‘new normal’ around the globe.

The news comes as the Syrian Ministry of Health has declared the confirmation of another 65 cases of infection in Syria, bringing the number of cases recorded in the country to 14,267.

In the war-torn country, five more deaths were recorded in a 24-hour period, bringing the official death toll to 938.