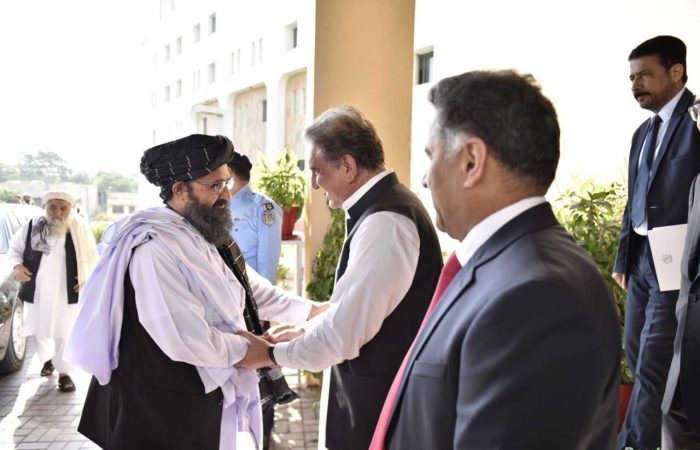 Taliban’s deputy chief, Mullah Abdul Ghani Baradar, leads the Taliban delegation that arrived in Pakistan for a peace process discussions. Following the Afghan government’s recent move — when it has released some 80 key Taliban rebels — there is a common ground for the direct peace talks.

The Afghani Taliban delegation is arriving in Pakistan to prepare the ground for further peace talks. The two sides will discuss the ongoing peace process with the local leadership ahead of an expected intra-Afghan dialogue.

«A high-level Islamic Emirate [Taliban] delegation led by deputy political chief, Mullah Abdul Ghani Baradar, has left for Pakistan upon the invitation of the country’s Foreign Ministry to discuss the latest on the peace process, state of Afghan refugees in Pakistan, [cross-border] travel of people, and trade between the two neighbors,» Taliban spokesman Suhail Shaheen wrote on Twitter.

As Anadolu Agency reports, there were no details such as the duration of the visit or Pakistani delegation’s members, indeed. Meanwhile, the Pakistani Foreign Ministry suggested that the Taliban delegation was expected to hold meetings with «Pakistan’s civilian and military leadership» on Aug 24.

After the Afghan government released some 80 key Taliban members, the idea of the direct peace talks has started to realize. The move was part of a prisoner swap deal, following a landmark peace deal between the US and Taliban in Doha.

However, Kabul has so far released 4,600 Taliban prisoners, in addition to 500 prisoners who were not on the Taliban’s list, according to local media.

Pakistan also facilitated the landmark first round of direct talks between the Afghan government and the Taliban in Islamabad in July 2015.

That process broke down after the Taliban announced the death of their long-time leader Mullah Omar, triggering a bitter internal power struggle.

The process was further hampered by the killing of Omer’s successor, Mullah Akhtar Mansoor, in a US drone strike on the Pakistan-Afghanistan border in 2016.