Trump to send 2,100 more troops to the US-Mexico border 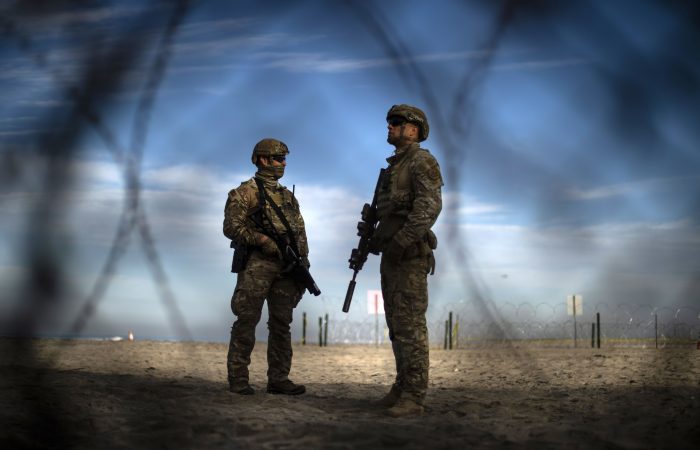 Donald Trump ordered to send another 2,100 troops to the US-Mexican border, Washington Post reported. Pentagon said that move will help to ensure that the southern land border of the United States is secured.

About 1,000 of 2,100 troops planned to send to the US-Mexico border members of the Texas National Guard. As of July 8, there were about 4,000 service members at the border.

Another part of the Texas National Guard force (250 troops) planned to be stationed at ports of entry along the border. About 1,100 active-duty members of the armed forces would also be deployed in various roles, the Pentagon wrote in its statement issued on Wednesday night.

The announcement comes amid a continuing rancorous debate regarding Trump’s immigration policy and the treatment of undocumented migrants who have been apprehended while trying to cross into the United States via its southern land border.

Over three years of Trump’s term, more and more troops are being sent to the border, and the President wants to use defence department’s funds to construct more than 100 miles of fencing along it.

In fact, the sitting president has focused on cracking down on undocumented immigration — one of his presidential race’s promises — for weeks as his 2020 re-election campaign gets underway.

The number of troops on the southern border is rising month to month. Earlier this week, he moved to end asylum protections for most Central American migrants who cross the southern border. meanwhile, the activists and senators are continuing to criticise Trump’s immigration policy.

The Justice Department and Homeland Security said the change was made because the asylum system is being abused. But the American Civil Liberties Union and other groups quickly filed suit to block the rule.

About 6,000 active-duty U.S. troops were deployed to the Mexican border last October, with Trump saying they were needed to address a “national emergency” as caravans of asylum-seeking Central American migrants made their way toward the US.

Biden: US combat mission in Iraq to conclude by year end