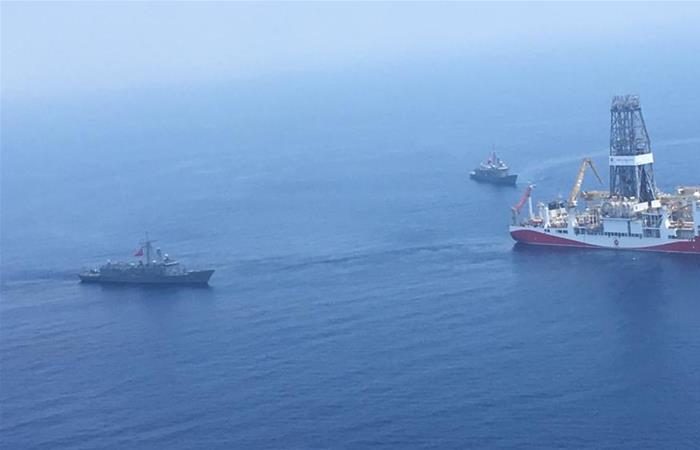 Turkish Naval Forces reported another incident in the Cypriot water, Al Jazeera said quoting Israeli media. The Israeli ship was intercepted by the Turkish naval forces and escorted it away from Cyprus’s waters.

The Mediterranean water tensions over natural resource exploration have a trend for rising. On Saturday, the Israeli ship, Bat Galim, was forced to leave the Cypriot waters by the Turkish naval forces.

According to Israel’s version, the Israeli Oceanographic and Limnological Research Institution was conducting research in Cyprus’s territorial waters in coordination with Cypriot officials.

The Turkish vessels contacted the Israeli ship, requested an explanation of their activities, and then demanded it to leave.

Under such a situation, the Israeli ship was left with no choice but to depart. The only question Israelis have is Turkey has no right to behaviour like this in the area of the Mediterranean Sea, Israel’s Ministry of National Infrastructure, Energy and Water commented on Saturday.

Turkey has demonstrated its jurisdiction over the Mediterranian Sea weeks after signing a deal with Libya. Under that agreement, a boundary mapped out in the east of the Mediterranean Sea, ignoring Cyprus and Greece’s economic rights in the sea.

Brussel condemned the deal because it infringes upon the sovereign rights of third states, does not comply with the Law of the Sea and «cannot produce any legal consequences for third states.»

The Turkey-Libya deal fuelled regional tensions with Greece, Cyprus and Egypt over oil-and-gas drilling rights in the region. Meanwhile, the Turkish leader noted that Greek Cyprus, Egypt, Greece and Israel cannot establish a gas transmission line without first getting permission from Ankara.

Erdogan also said the accord would also allow Turkey to carry out drilling on Libya’s continental shelf with Tripoli’s approval and it was in line with international law.

«With this new agreement between Turkey and Libya, we can hold joint exploration operations in these exclusive economic zones that we determined. There is no problem,» Recep Tayyip Erdogan said.