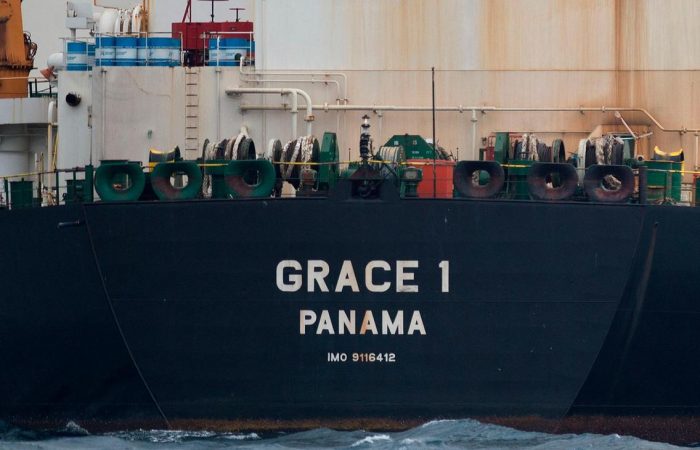 Three Iranian gunships tried to seize the tanker British Heritage, CNN reported on Thursday. The UK government has expressed its concern by Tehran’s action and continued to urge Iran to deescalate the situation in the region.

Tehran’s attempt “to impede” a British oil tanker through the Strait of Hormuz looks like a provocative step that could undermine the stability in the region.

On Wednesday, forcing a Royal Navy warship to issue warnings and position itself to prevent any action, the UK government has confirmed its earlier report.

“Contrary to international law, three Iranian vessels attempted to impede the passage of a commercial vessel, British Heritage, through the Strait of Hormuz,” the UK Cabinet’s statement reads.

The similar incident in Gulf last week with Grace 1 tanker’s detention by the Gibraltar police became a very sensitive point in Iran-EU relations. Brussels mulls how to respond to Iran announcing it breached the uranium enrichment limit it agreed to in a 2015 nuclear deal.

Iran’s Revolutionary Guards has commented on the incident with the UK tanker. Tehran denied they had tried to stop the British Heritage, Fars news agency reported on Thursday.