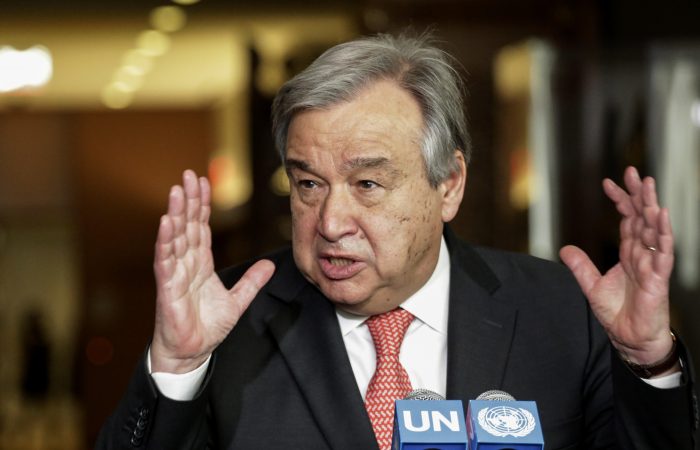 Antonio Guterres has expressed concern over the recent escalation on the Lebanese-Israeli borders. The UN Secretary-General is urging to stop the violence, including the firing of rockets and Israeli airstrikes in Lebanon.

In his recent statement, Mr Guterres urged all parties of the conflict “to exercise utmost restraint” and not to escalate the dangerous situation. It is time for both, Lebanon and Israel, to avoid actions that can further heighten tensions and lead to miscalculation, said the UN chief’s spokesman Stephane Dujarric.

“The secretary-general expresses his deep concern about the recent escalation between Lebanon and Israel across the Blue Line, including rocket fire into Israel and return airstrikes and artillery fire into Lebanon,” Dujarric’s statement reads.

On Friday, Lebanese group Hezbollah announced responsibility for rocket firing on Israeli targets in the Israeli-occupied Shebaa Farms in southern Lebanon, saying it was in response to Israeli raids on Lebanon.

Earlier, the Israeli army also said in a statement that Hezbollah fired 19 rockets on Shebaa Farms but didn’t report any casualties.

According to Beirut, on Thursday it lodged a complaint with the UN Security Council over the Israeli raids, NDTV reports.

“This is a very dangerous situation, with escalatory actions seen on both sides over the past two days,” the UN chief said on Friday. The UN Security Council is now working to prevent the situation from spiralling out of control.