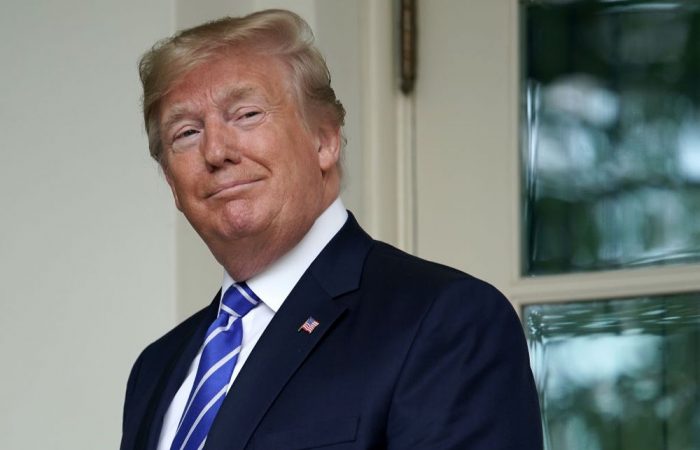 The United States President voiced his support to Mexico in implementing oil production cuts as part of a historic global deal to curb output. Mexico, whose consent hinges on a record 10 million barrels per day production cut, said it reached an agreement with members of the OPEC Plus alliance to restrict global output.

Mexico will cut 100,000 bpd, while the US will shoulder 250,000 bpd, according to the results of the recent OPEC Plus meeting. The US President confirmed Mexico’s expected production curb, but did not provide more details. Initially, OPEC Plus had wanted Mexico to cut 400,000 bpd, which prompted its energy secretary Rocio Nahle to walk out after hours of talks.

Mexico is expected to provide some form of reimbursement to its northern neighbour at a later date. “We are trying to get Mexico, as the expression goes, over the barrel,” The National reports quoting Mr Trump.

The pact, expected to begin in May, will see output curbs of 10m bpd in place for two months. The producers will subsequently pare back production by 8m bpd from 1 July until year-end. And even if poorly implemented, the pact is substantial and undoubtedly will have a positive impact on the market.

Earlier, OPEC’s statement said that the pact is “conditional” on the consent of Mexico, other countries participating in the cut will meet virtually on 10 June to determine further actions to balance the markets. Meantime, the 2nd half of 2020 is expected to see an implied stock draw, that will support prices significantly, maybe even lift them.

Saudi Arabia, a chair of the G20 this year insisted on Mexico’s participation to greenlight the output curbs.

“Saudi Arabia urges all G20 members, including Mexico, as well as invited countries to take appropriate and extraordinary measures to stabilise market conditions based on the principles of fairness, equity, transparency, and inclusivity,” Saudi energy minister Prince Abdulaziz bin Salman said in his opening remarks at the virtual conference.

However, the US energy secretary Dan Brouillette said it was “disappointing” that the producers had not yet agreed on the 10m bdp cut. He also warned that the US would be opening up its strategic petroleum reserves to store as much crude as possible.

“This will take surplus oil off the market at a time when commercial storage is filling up and the market is oversupplied,” said Mr Brouillette and added that Washington will look for more ways to ease the hurt felt by the local oil producers.