US will recognize Israel’s sovereignty over Golan Heights, Trump said 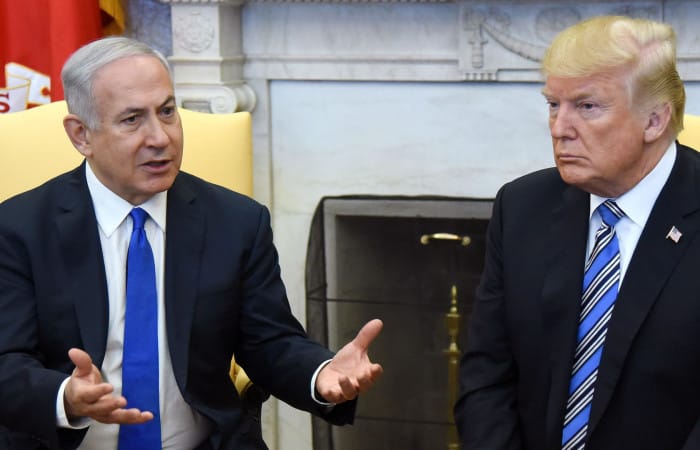 Donald Trump confirmed that the United States will recognize Israel’s sovereignty over the Golan Heights. Benjamin Netanyahu thanked the American president for his support in that sensitive diplomatic issue.

The Golan Heights were captured from Syria in 1967, and the previous US presidents have treated Golan Heights as occupied Syrian territory consequently. the United Nations Security Council resolution described the Golan Heights’ status as occupied Syrian territories as well but Mr Trump declared his break with that policy. Presidential tweet on Thursday provokes international opposition, while the Israeli PM quickly tweeted his gratitude for Trump’s gesture.

“At a time when Iran seeks to use Syria as a platform to destroy Israel, President Trump boldly recognizes Israeli sovereignty over the Golan Heights,” the Israeli prime minister wrote. “Thank you President Trump!”

Trump’s dramatic move likely to bolster Mr Netanyahu’s hopes to win re-election. In particular, the US president wrote: “After 52 years it is time for the United States to fully recognize Israel’s sovereignty over the Golan Heights, which is of critical strategic and security importance to the State of Israel and Regional Stability!”

Trump’s announcement came as the Israeli PM was hosting the US secretary of state in Jerusalem, reiterating that Donald Trump has given the world is that America stands by Israel.

“The people of Israel should know that the battles they fought, the lives that they lost on that very ground, were worthy, meaningful and important for all time,” Mike Pompeo said.

“This is sovereignty, this is security, this is about regional security,” Trump defends his position on the Golan Heights’ status as a part of Israel.