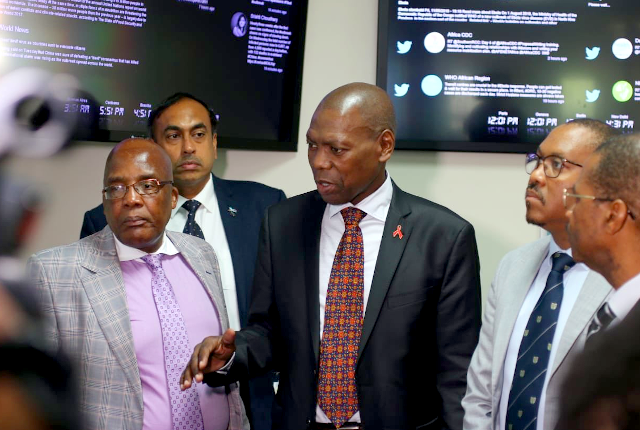 The new virus that has spread across China has yet to be confirmed in Africa, but some health workers on the ground warn they are not ready to handle an outbreak, ABC News reported.

The countries across Africa are racing to take precautions as hundreds of travellers arrive from China every day. For example, in Zambia, safeguards include stronger surveillance at ports of entry and improved quarantine and testing measures across a continent with 1.2 billion inhabitants and weakest systems for detecting and treating disease globally.

At a Chinese-run hospital in Lusaka, some employees watched as people who recently returned from China showed up with coughs but were not placed in isolation. A doctor tending to those patients has stopped coming to work, and health workers have been ordered not to speak publicly about the new virus that has killed hundreds around the world.

Fortunately, the virus originated in China has yet to be confirmed in Africa. But taking into account the pace of coronavirus’ spreading, the WHO is increasingly worried about the threat to the continent where an estimated 1 million Chinese now live. In fact, some health workers on the ground warn they are not ready to handle an outbreak.

In addition, the effort has been complicated by a critical shortage of testing kits and numerous illnesses that display symptoms similar to the flu-like virus.

“The problem is, even if it’s mild, it can paralyze the whole community,” said Dr. Michel Yao, emergency operations manager in Africa for the WHO.

Africa health systems are still the weakest in the world

Generally, Zambia is one of 13 African countries identified by WHO as a high priority because of busy travel links with China.

Those growing worried include the mining city of Kitwe in northern Zambia, near the Congo border. Chinese companies operate mines on the vicinities of the city of more than half a million people who travel very often. This week, Chinese employees are temporarily barred from returning to Africa.

“We’re definitely not prepared. If we had a couple of cases, it would spread very quickly,” physiotherapist Fundi Sinkala said. “We’re doing the best we can with what resources we have.”

As the Zambian health officials concluded, the patients did not merit special treatment and did not take samples to test for the coronavirus. After the people recovered, they were sent home with antibiotics.

Earlier this week, a Zambian official acknowledged for the first time that his country was following up on an unspecified number of suspected cases.

Zambia is one of the additional countries WHO planned to equip by the end of the week. As of Friday, WHO emergencies chief Dr Mike Ryan said 28 labs across the continent could diagnose the new virus.

Chinese embassies across the world require arriving Chinese citizens to declare where they have been in China. They also urge citizens to voluntarily isolate themselves for 14 days.