WHO: Measles is on a rise in DR Congo 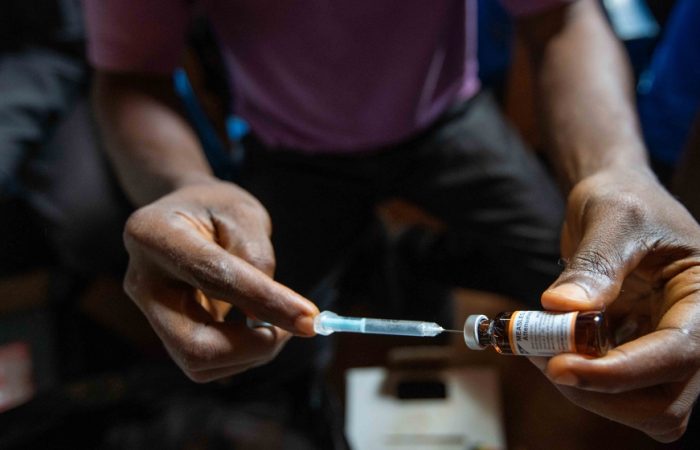 The World Health Organization (WHO) confirmed that since the start of 2019, the measles epidemic has infected more than 341,000 people in the Democratic Republic Congo (DRC). The infection is on the rise in that part of Africa, warn the health experts.

Measles infection has killed at least 6,400 of 314,000 infected patients in the poor African nation. The alarming moment is measles is taking almost three times as many lives as Ebola over the same period. “It’s obvious the priority will be given to COVID-19 in the coming weeks and months,” said Vincent Sodjinou, the head of the WHO measles response.

His colleague from the Doctors Without Borders’ (MSF) confirms that the DRC situation is serious.

“The actual mortality rate might be much higher, up to four or five times higher than what we see in official numbers because there are a lot of health structures that are not functioning properly,” said Karel Janssens and stressed that a lot of community deaths remained underreported.

While Ebola infections dry up, bringing the DRC’s almost 20-month outbreak close to an end, measles still rages on. The infection has spread to all 26 provinces of the poor African country but has received a fraction of the funding and attention from humanitarian and medical sponsors.

For doctors, the coincidence pf the two outbreaks, Ebola and measles, creates the explosive situation. The nation’s ailing infrastructure and healthcare system stymied an effective response. And current COVID-19 pandemic is complicating an already challenging situation.

In DRC, the government-led vaccination campaign launched in December could save lives. The point is the population knows nothing about that opportunity. Another important moment id timely vaccination, which allows preventing measles.

Measles itself is not lethal, but sufferers can develop complications such as pneumonia as well as eye and respiratory issues that can be fatal. People with weakened immune systems are particularly vulnerable.

The challenge of transporting an effective vaccine from a factory to a village like Macau is another problem. In DRC, it is just a logistical nightmare.

Unreliable census data going back to the 1980s means that some communities in the DRC record more than 100 percent measles vaccination coverage yet, according to Sodijnou, a 2018 study organised by the WHO revealed that the actual vaccination coverage across the country was only 57 percent.