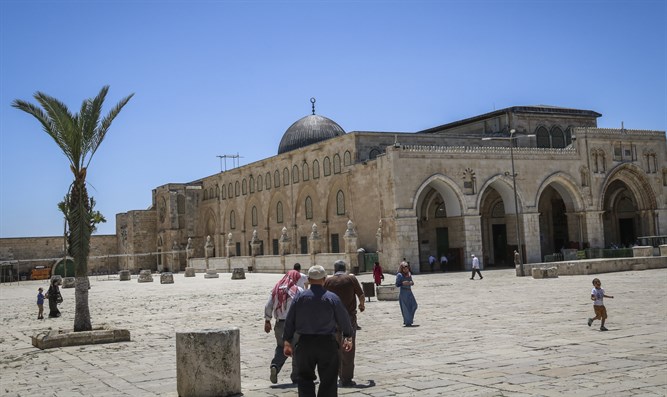 Temple Mount mosque to reopen in a couple of days, Israel National News reported quoting a statement from city’s governing body. The religious place was closed for the first time in over 50 years, as a result of a coronavirus outbreak.

The Al-Aqsa mosque on the Temple Mount in Jerusalem will reopen to worshippers after the Eid holiday. On Tuesday, the municipal authorities welcomed visitors to the sacred place after two months of lockdown due to the virus outbreak.

«The council decided to lift the suspension on worshippers entering the blessed Al-Aqsa Mosque after the Eid al-Fitr holiday,» a statement from the Jordan-based Waqf organization said, referring to the three-day holiday expected to begin this weekend.

The unique mosque will be reopened next week

The site has long been a flashpoint in the Israeli-Palestinian conflict, and perceived encroachments by Israeli authorities and hard-line Jewish groups have ignited clashes on a number of occasions. Israel says it has no intention of changing the status quo at the site.

The mosque was closed in late March for the first time in more than 50 years as part of measures across the globe to stem the spread of the new coronavirus.

The Temple Mount mosque’s director, Omar al-Kiswani, confirmed he hoped for no restrictions on the number of worshippers but said the governing body would announce the exact «mechanisms and measures later.»

According to al-Kiswani, the details would be worked out to «ensure we are not subjected to criticism on the pretext we have broken health rules.» The local authorities also warn that the worshipped should not neglect the personal protective equipment like face masks and gloves.