Alexander Skarsgard and Nicole Kidman are working together on the set of Big Little Lies, the HBO movie containing very violent sex scenes, the ‘toxic’ ones. Nicole’s bruises scared her husband Urban who didn’t expect such a degree of reality during the filming.

Alexander Skarsgard adores Nicole Kidman and her the highest level of professionalism as an actress. Both they are acting now in the HBO’s project Big Little Lies, a screenplay of which is full of violent scenes and sexual episodes. The Swedish actor and The True Blood star is rather experienced in the sex appealing characters but The Big Little Lies requires more dipping into the role.

The violent sex scenes on the set left Kidman with the bruises, which scared a lot her husband Keith Urban. This week, the musician was shocked when he saw his tender Nicole with the ‘consequences’ of acting.

Alexander Skarsgard told Vanity Fair about the role of an abusive husband in HBO drama:

‘It was very important to reconnect after shooting those scenes,’ ‘We made a point of checking in with each other, giving each other a hug,’ 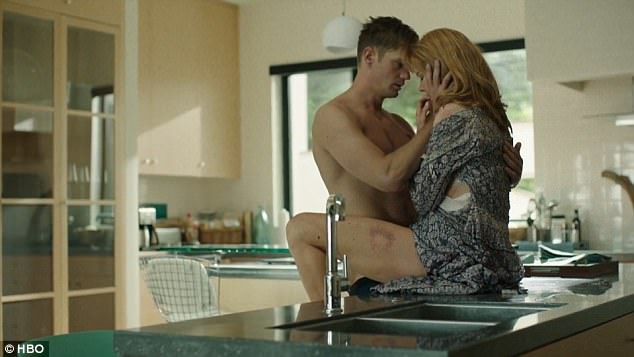 Skarsgard about the toxic marriage from The Big Little Lies

The Swedish actor wasn’t familiar with the Liane Moriarty novel that the series is based on when he got the script but was instantly intrigued by Perry and Celeste’s dangerous marriage.

Before filming, the actor spent a couple of weeks with Nicole working out how they would portray the relationship in a way that was fascinating for the audience. The actors were working together – in 2011’s Melancholia and in 2003’s Dogville. So, their current duo became another masterpiece, said the director.

‘We wanted to show how sexual their relationship is, and how that bleeds into the abusiveness, and how the interconnectedness of those two things make her blame herself for him being so abusive,’