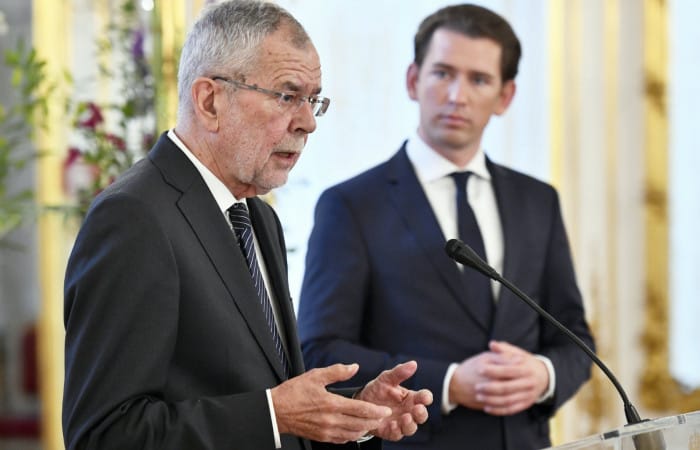 Austria’s President doesn’t support Cabinet’s proposals put forward by the government to make it impossible to claim asylum on European soil. According to Mr Van der Bellen, all and every person comes to Austria and applies for asylum “should be able to do so.” The national leader added that,

“At the moment, the number of those seeking asylum is falling markedly, the situation is under control,”

he said in Saturday’s interview with the local newspaper. Mr Van der Bellen believes that any person has a right to protection under the Geneva Convention while the ruling party uses its current presidency of the EU to put forward its own hardline positions on migration and asylum policy. Austrian Chancellor Sebastian Kurz’s government has formed a controversial “axis of the willing” with like-minded ministers in Berlin and Rome on the issue.

According to Austria’s president, the EU focus should be on addressing the reasons why people flee. At the same time, Van der Bellen confessed the Austrian armed forces had no enough capacity to carry out missions in North Africa supporting the EU border agency Frontex. The Interior Minister Herbert Kickl and Defence Minister Mario Kunasek have the same position.

Despite the post of president is mostly ceremonial in Austria, Van der Bellen has criticised several positions taken by the government since it took office late last year and expressed his vision of migrant’s policy. He spoke out against the possible criminalisation of those who save migrants from drowning in the Mediterranean.

“When someone saves a small child who’s fallen into the Danube from drowning, we celebrate them as having saved a life. When the same person saves a child from drowning in the Mediterranean, they’ve also saved a life and they shouldn’t be brought before a court,”