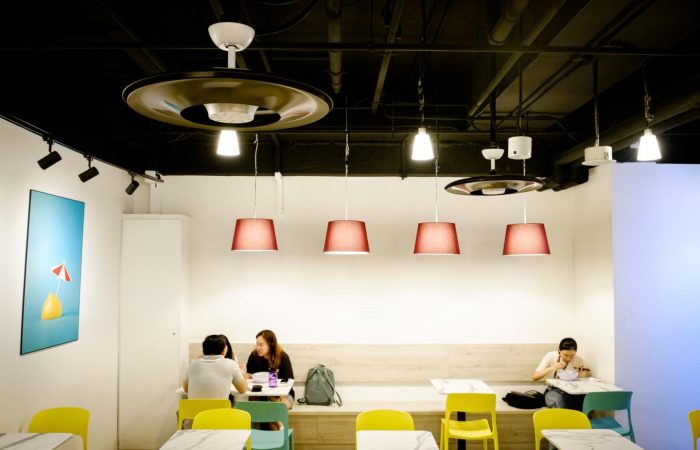 The fans could work even without blades, said the Singaporean researchers from the Nanyang Technological University (NTU). They have presented a new generation of fans that eats less energy and kills the pathogen microorganisms, The Springwise has learned.

A new type of fan, bladeless, is cooling a small room at twice the speed of a conventional fan (about 100 cubic meters per minute), whilst using just over half the energy (42 Wt compared to 75 Wt).

The fan is shaped like a UFO, has no blades. That form allows air to be showered outwards from the top of the spinning vortex, creating an air curtain that falls and cools people around it.

Normally, fans only blow air downwards with its blades, and people who are at the peripheries of its range don’t receive as much coolness as those directly underneath it. Vortec’s creators have fixed that bug, their fan is making it safe to touch even when spinning and able to be mounted lower on the ceiling than a conventional fan.

Additionally, an LED lamp in the centre of the fan provides light in different temperatures of white. An ultraviolet (UV) light source also helps to kill microorganisms such as bacteria and viruses, to reduce the spread of diseases through the air in confined spaces.

The lab test proved that the UV LED lamps produced by Seoul Viosys achieved an impressive 99.9 per cent disinfection of COVID-19. The innovative Vortec is already available to buy online.

An inflated aluminium chair that is extremely light and stable