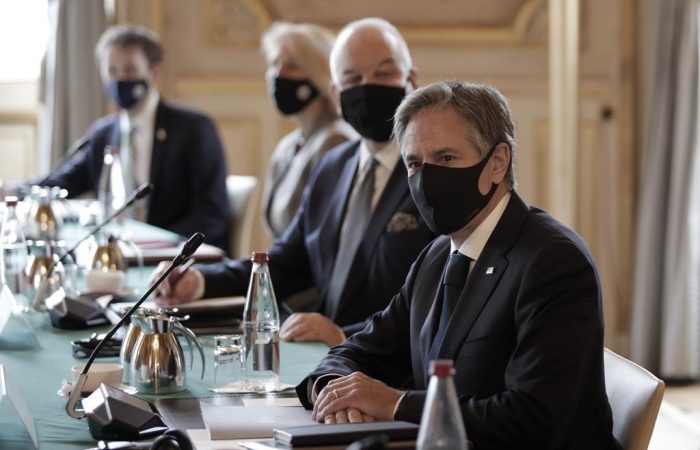 The French President’s one-on-one meeting with the US Secretary of State Antony Blinken aimed at restoring confidence between the two countries. The meeting lasted around 40 minutes and took place in Paris. The meeting also looks at promoting a green economy, a month before high-stakes UN climate talks in Glasgow.

The two leaders tried to find a “common agreement that the NATO allies have an opportunity now to deepen and strengthen the coordination even though “a lot of hard work remains to be done”.

For Emmanuel Macron, it is the first meeting with the US official since the scrapping of a submarine contract with Australia plunged relations into crisis. Meantime, the US Secretary of State has been seeking to patch up ties with France after Canberra ditched the deal as part of a security pact with the UK and US, did not originally have an appointment with Macron on the agenda for his two-day visit to Paris.

According to Paris, Mr Blinken’s visit would contribute to “restoring confidence” between France and the United States.

Blinken earlier Tuesday met French counterpart Jean-Yves Le Drian for an hour in what Le Drian’s spokeswoman had flagged as a chance to “identify stages that may allow a return of confidence between our two countries”.

While in Paris, the top American official will also co-chair a ministerial meeting for the 60th anniversary of the Paris-based OECD.