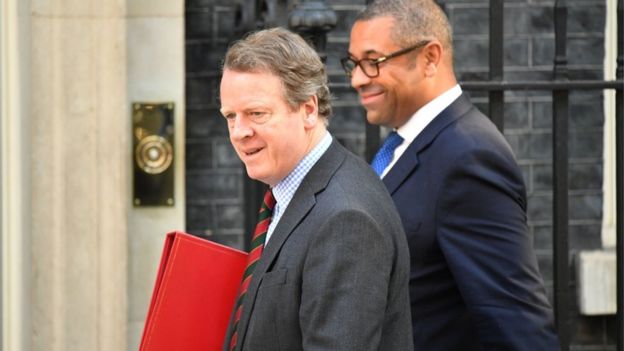 The new British prime minister has commenced his first Cabinet meeting and launched trend to deliver his “no ifs, no buts” Brexit by the October deadline.

PM Boris Johnson was flanked by Chancellor Sajid Javid on his left and Cabinet Secretary Mark Sedwill to his right. The appointments saw Sajid Javid as chancellor while Dominic Raab and Priti Patel return to government. Ms Patel becomes Home secretary, and Mr Raab holds the position of Foreign secretary in Johnson’s cabinet.

Queen Elizabeth II and Boris Johnson have met during the traditional meeting. Jonson’s first audience with the monarch on Wednesday afternoon at Buckingham Palace resulted in accepting a royal invitation to form the next Government and become prime minister.

Almost half of the previous Cabinet preferred to quit or were sacked. There is a number of female and ethnic minority MPs invited to the top table of British politics this week. Boris Johnson promised a prominent future for Britain, saying that shaping of his new-look Cabinet is definitely » a pivotal moment in our country’s history. «

«We are now committed, all of us, to leaving the European Union on October 31 or indeed earlier — no ifs, no buts.

«But we are not going to wait until October 31 to get on with a fantastic new agenda for our country, and that means delivering the priorities of the people,» PM Johnson said.