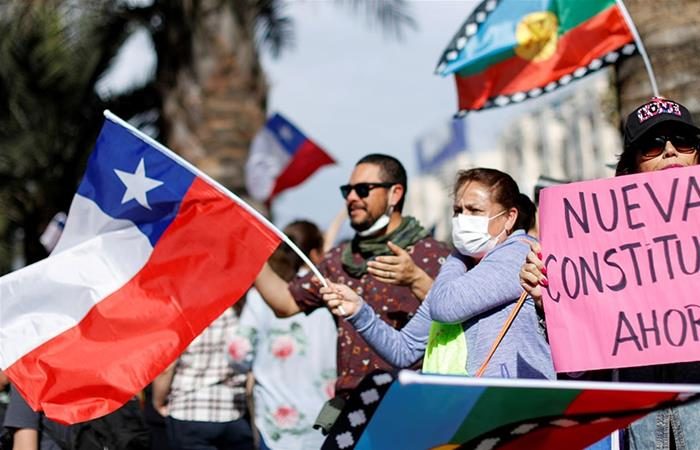 Protesters in Chile who demanded to rewrite Constitution are still dissatisfied with the government’s results on it, Al Jazeera reports.

Chile’s Constitution was written under Augusto Pinochet’s ruling 1973-1990. The new generations of Chileans are demanding now to rewrite the charter. According to protesters, it could be used to stall on making any real reforms.

The activists insist that the existing document, written and approved during Pinochet’s era lacks legitimacy and doesn’t reflect the hopes and aspirations of the modern Chilean society. Basic demand for making amendment in Consitution is greater political and social freedoms.

New Chile’s Constitution will be approved on a referendum, government said

The draft constitution will be put to a referendum but protesters say they should have been involved in its rewriting from the very start. According to the government, Congress should lead the process. However, even that decision also could upset protesters. To satisfy all the sides, the refreshed document would be put to a public referendum.

«Above all, we must focus on the goal of reconfiguring the social contract, which has arisen as a fundamental demand of our citizens,» Interior Minister Gonzalo Blumel told jouralists on Sunday night.

In fact, the Chilean constitution has been tweaked several times since it was enacted in 1980.