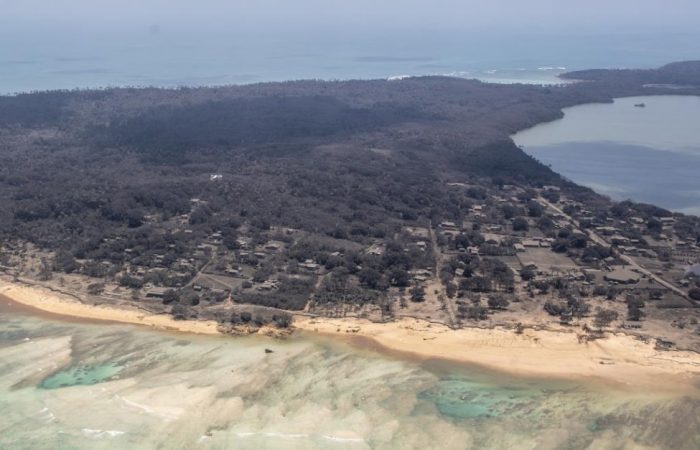 China and New Zealand will deliver a batch of disaster relief packages to Tonga that suffers from the consequences of the tsunami caused by the volcano eruption.

Following the massive eruption of the Hunga Tonga-Hunga Ha’apai volcano, Chinese Foreign Ministry spokesperson Zhao Lijian said Tuesday that Tonga will receive a needed assistance as soon as possible. In addition, at the request of the South Pacific island country, an international mobile phone network provider has set up an interim system on the main island, meaning limited 2G may be available later Tuesday.

In its turn, New Zealand has been trying to bring humanitarian assistance to Tongans, but warned Tuesday in a statement ash on the Nuku’alofa runway must be cleared before a plane can land.

The batch of essential supplies, including drinking water and food, will arrive in Tonga as soon as possible, pending the country’s airport operation conditions, said the Chinese official in the statement.

As CGTN reports, Tongatapu, the main Tonga island, was hit by a 4-foot tsunami that has caused significant damage to its western coast, including to resorts and the northern Nuku’alofa waterfront while the eruption has coated it with a thick layer of ash, officials said.

Death toll of the Tongan tsunami

In the Tuesday statement, the New Zealand officials confirmed that at least two people have died following Saturday’s volcanic eruption and subsequent tsunami in Tonga that left extensive damage in its wake.

On Saturday, the Hunga Tonga-hunga Ha’apai underwater volcano, located about 40 miles north of Tonga’s capital Nuku’alofa, exploded, prompting tsunami alerts and advisories for as far away as Canada and the US.

In addition, New Zealand’s Ministry of Foreign Affairs and Trade said authorities have informed the New Zealand High Commission in Tonga “that the confirmed death toll stands at two, including a British national.”