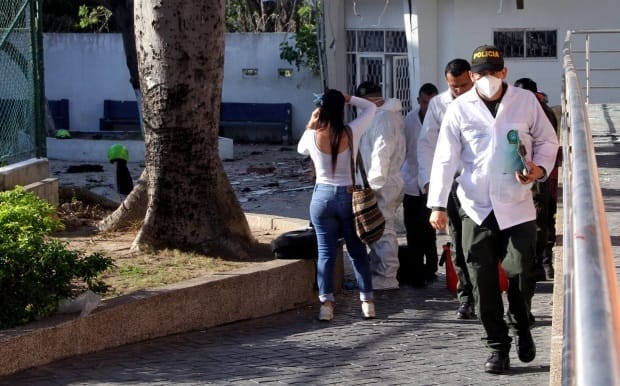 Early Saturday, Colombian police officers were lining up in formation at the police station’s patio following a shift change prior to the bomb blasting. Barranquilla incident became one of the worst violence ones at the apex of Colombia’s drug violence three decades ago. The authorities offered a reward of 50 million pesos (about $18,000) for information leading to the perpetrators.

Juan Manuel Santos sent his condolences to the families of policemen who lost their nearest and dearest, President wrote on Twitter that the government would not rest until those responsible were brought to justice. Over decades, Colombia has hundreds of crime gangs, some which operate across large swaths of rural territory and others in major cities. Their atrocities are unbelievable, many criminals are involved in the production and trafficking of cocaine, largely to the United States and Europe, as well as extortion and other crimes.

The bomb attack in Barranquilla targeted the police officers as they gathered in the San Jose neighbourhood to receive their orders for the day in what police denounced as an “act of barbarity.” So far, Barranquilla’s mayor said one suspect had been arrested and two more identified.

“For us there’s no doubt this was an act of retaliation,”

said Mayor Alejandro Char, appealing for calm amid reports that other attacks were being planned.

“We’re not going to allow a few bandits to disturb the peace of Barranquilla.”

Colombia’s peace deal with the FARC has emboldened new criminal groups that have proliferated since the rebels disarmed last year as part of a peace deal ending a half-century conflict. The former guerrillas long funded their insurgency by playing a dominant role in Colombia’s criminal underworld and their retreat has left valuable drug smuggling routes up for grabs.

The former rebels, whose new political party was kicking off its campaign for Colombia’s presidency on Saturday, expressed their “radical condemnation” of the attack against their former battlefield enemies.