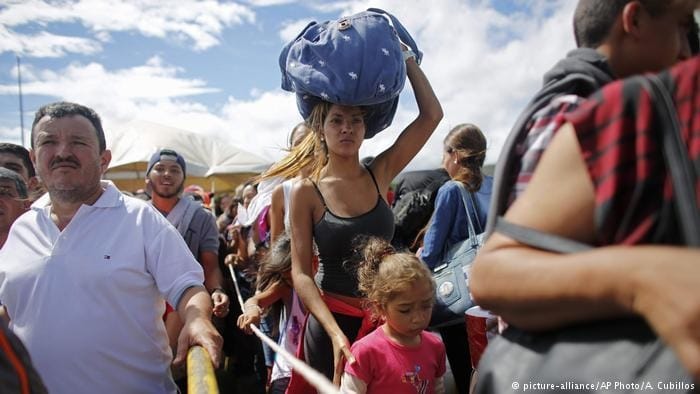 Colombia and Venezuela have neighbouring countries, and Venezuelan refugees became a real problem to the border service of Colombia. The deepening of the political and economic crisis in Venezuela made people leave the country, Deutsche Welle reports.

Colombian President said that he would deploy 3,000 new security personnel to patrol the two countries’ porous land border. On Thursday, Colombia’s government decided to strengthen controls at the border with Venezuela after thousands of refugees fleeing economic catastrophe and malnutrition have entered the country.

“I want to repeat to President Maduro – this is the result of your policies, it is not the fault of Colombians and it’s the result of your refusal to receive humanitarian aid which has been offered in every way, not just from Colombia but from the international community,”

Last month, Colombian leader said the regional crisis fueled by an authoritarian turn in Venezuela “has enormous repercussions” for the region. His Venezuelan counterpart Nicolas Maduro, in his turn, has accused Santos of belonging to an international plot aimed at unseating him, an allegation the Colombian presidency has yet to entertain.

UN Secretary-General Guterres visited Colombia for a two-day trip aimed at reviewing a peace deal between the government and the disarmed Revolutionary Armed Forces of Colombia (FARC) and talks with other armed groups.

UN chief Guterres said during a speech in Bogota:

“I want to express all the support of the United Nations to the government and people of Colombia in this humanitarian effort, the reception of all these people, and say that we are even willing to mobilize other international help as is possible.”