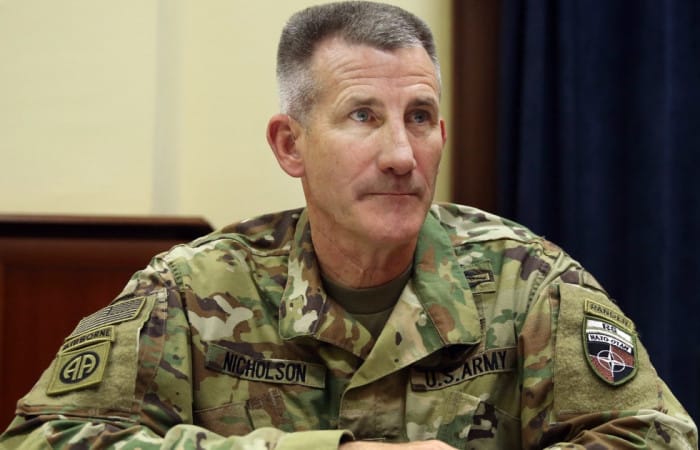 The peace talks in Afghanistan are going on, and the prospects for reconciliation between Afghans and Taliban fighters are improving, said the US Commander in Afghanistan on Wednesday.

Despite the concerns that that U.S. diplomatic resources for negotiating a solution are inadequate in Afghanistan, the atmosphere for the peace process is improving. An unprecedented offer made by Afghan President Ashraf Ghani last month,  coupled with a recent Taliban request for talks with the U.S., comes very timely – the U.S. and its allies start a military campaign with thousands of new forces.

The talks with any nonstate group are not easy tasks, especially in Afghanistan with all its complexities of non-stop war. According to Army Gen. John Nicholson, the commander of U.S. and NATO forces in the country:

“We have a moment where the objective of our campaign and reconciliation are in play, so this is significant,”

The Taliban haven’t formally responded to President Ghani’s offer of reconciliation, which Gen. Nicholson said he takes as a positive sign.The new Afghan leader who took the office last year is going to start the negotiations with the Taliban fighters and to bring peace to the war-torn country.

Meanwhile, US State Department officials didn’t immediately respond to requests for comment, although Rex Tillerson last year said the U.S. would support talks between Afghans and the Taliban.

But there is no reasonable expectation of a political settlement because of sanctuaries in Pakistan, a population that will always be susceptible to revenue streams from insurgencies, an incompetent security force and a corrupt government.