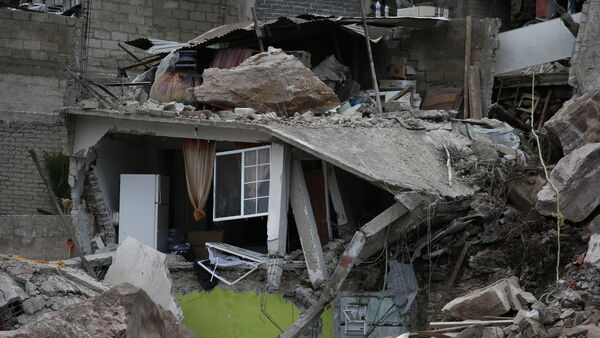 Mexico rescue teams’ search at a landslide near the capital city and have reported on founding two more bodies, bringing the death toll to four, AP said.

Mexico State Governor Alfredo del Mazo said it is likely both factors contributed to the slide.

The landslide earlier this month brought tons of massive boulders down on a steep hillside in a low-income neighbourhood just north of Mexico City. The rescue teams announced they had found the bodies of a woman, 22, and her five-year-old son, on Wednesday.

After the 11-day-long search operation, the search was complicated by the sheer size of the rocks that cleaved from the peak known as Chiquihuite. Additionally, the narrow paths of the neighbourhood are largely inaccessible to heavy machinery and the exposed mountain face looming above is unstable.

The landslide in the suburb of Tlalnepantla followed days of heavy rain in central Mexico and a magnitude 7.0 earthquake centred in Acapulco that swayed buildings 200 miles away in the capital.