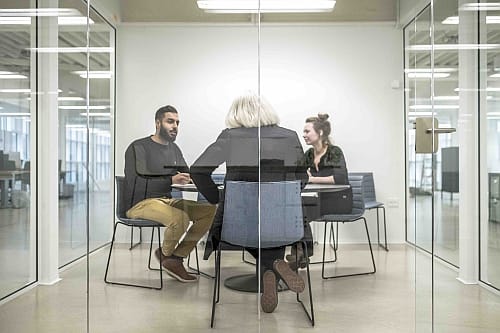 In Denmark, the number of private sector executives over the age of 50 and 60 is on the increase, The Local Norway reported. The young professionals are rarely seen in the couloirs of power, shows the statistics.

The Danish CEO’s average age is 50-60, that trend is keeping since 2010 in the private sector. The number of executives in their 50s has risen from 35 percentto 44 percent over eight years, according to the new report compiled by DI’s Department for Labour Market Policy on the basis of data from Statistics Denmark.

Apparently, the young professionals need a certain time to get maturity and experience to be able to run the serious private business, the experts said. Undoubtedly, the experience of more senior leaders is clearly a strength, but they also need to understand the thirst for development among young professionals. The fresh figures became a surprise for the DI’s director for leadership development and productivity Kinga Szabo Christensen.

“I was somewhat surprised when I saw the figures. I hadn’t expected such a significant development. It’s probably due to the fact that there are many younger leaders who are extremely visible in the media. That means the media may easily be contributing to a slightly distorted picture of what a typical leader is,” she said.

There’s no doubt that the fact that society, in general, is getting older also has an effect on leadership, the DI study demonstrates. it is worth to note that between 2010 and 2016, the average age of managers rose from 45.7 to 47.7. The Danish Association of Managers (DAM), which represents 108,000 members in management positions, confirms that there are more grey-haired leaders these days.

According to Kim Møller Laursen, head of analysis with the Danish Association of Managers, even though the role of a leader is principally the same, age naturally plays a role in all human relationships. That also applies to the relationship between an employee and a manager.

“In the old days, the manager was usually more qualified than his or her staff. It was specialists with the strongest professional skills who were promoted to leadership positions. Their core competency was in the fact that they knew their field better than anyone else. Today, leadership is much more about encouraging the skills and abilities of employees,” DAM head said.