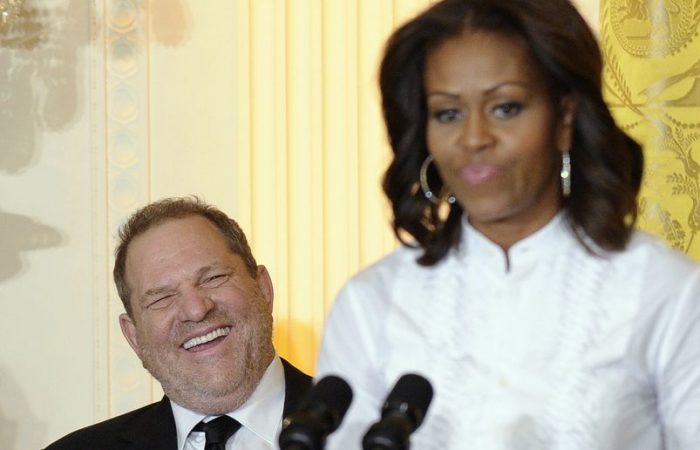 The US President has claimed former First Lady Michelle Obama loved Harvey Weinstein, a Hollywood mogul who was jailed on Monday, Metro reported.

After news of pleading guilty Harvey Weinstein, Donald Trump hit out over Michelle Obama’s friendship with the rapist. Speaking in front of the journalists in India Tuesday, Mr Trump said: ‘I was never a fan of Harvey… ‘He was a person I never liked. I don’t know too much about the case’.

Commenting on the verdict of the New York Court, Mr Trump added he knew Weinstein a little bit, not very well. «The people that liked him were the Democrats. Michelle Obama, Hillary Clinton loved him,» he hit both former first ladies.

In fact, the 2013 video really showed Mrs Obama praising Weinstein as a ‘wonderful human being’ at a White House function. She added that he was ‘a good friend and just a powerhouse.’ When Weinstein was jailed on Tuesday, many similar videos have been resurfaced.

Weinstein was a fan of Democrats and even supported them financially

During the briefing in Indiana, the logical question arouses, a British reporter asked Trump about the Democrats and Weinstein’s donations to the party treasury. Trump added: ‘He said he was going to work hard to defeat me in the election – how did that go?’

The president added that Weinstein’s conviction sent ‘a very strong message’ to other powerful sex abusers. The Hollywood mogul was convicted of third-degree rape and first-degree sexual act at Manhattan Criminal Court on Monday.

The Miramax founder, who was once one of the most powerful men in Hollywood, was rushed to hospital immediately after the verdict suffering suspected high blood pressure.