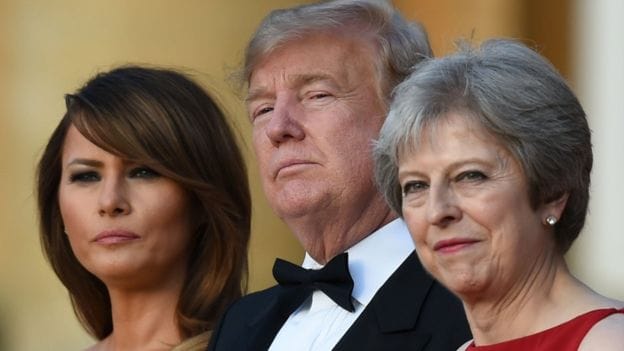 US President Donald Trump and his wife Melania will make a state visit to the UK, Telegraph reported on Wednesday. But the first couple will not be able to stay at Buckingham Palace – because building work is being carried out.

Donald and Melania Trump will be guests of Queen Elizabeth II. the first couple of the United States also will be attending a ceremony in Portsmouth to mark 75 years since the D-Day landings. Traditionally, state visits are grand occasions, but they are not just ceremonial affairs. In diplomacy terms, the state visits have a political purpose and are used by the government of the day to further what it sees as the UK’s national interests.

The Queen would not host her American visitors overnight as the East Wing has been closed, meaning there is no room to house his substantial retinue. There is no snub intentions, just the renovation. The work began last autumn, in fact, long before the idea of a state visit began to take shape.

Buckingham Palace is undergoing a massive ten-year, £365million programme of renovations after some areas of the crumbling building were deemed a major health and safety hazard.

Trumps’ visit is the really great event, that is why once inside Buckingham Palace, it is expected the British monarch will host a banquet for around 150 guests in the US president’s honour. Queen Elizabeth II has hosted two previous state visits from US presidents — George W Bush (2003) and Barack Obama (2011).