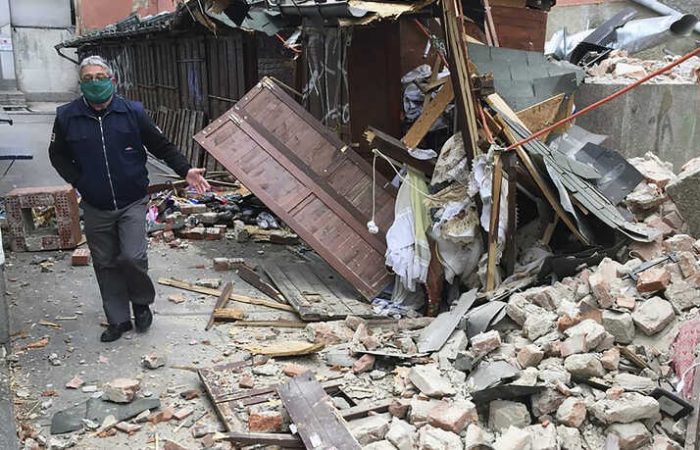 A strong earthquake of magnitude 5.3 struck Zagreb, Croatia on Sunday, Reuters reported ad added one person is dead. The quake resulted in damaging buildings and sending many people into the streets.

Zagreb authorities have confirmed one child is in critical condition in the local hospital while one person is dead. The teenager aged 15 was found in a collapsed building, said to the head of Zagreb Emergency Medicine Institute. So far no new fatalities have been reported.

GFZ German Research Center for Geosciences said the earthquake struck at a depth of 10 km and it downgraded the magnitude of the quake from an initial reading of 6.0.

As Zagreb resident told, the shake lasted over 10 seconds but rather intensive and scaring. Followed by several aftershocks were not so strong as the first one, the witnesses said.

The seismologist Ines Ivancic said the tremor was strong but the immediate damage could not be assessed. She added that the internet was down in some areas of the capital city.

Immediately after the earthquake, Croatia’s Interior Minister Davor Bozinovic wrote on his Twitter the short instruction to the people in the streets. The official urged to keep social distance among themselves as the country struggles to minimize coronavirus spread. As of Sunday, the small European country has reported 206 cases of COVID-19 and one death.

The neighbouring country, Slovenia, has reported that its only nuclear power plant NEK has not been affected by an earthquake. However, authorities said it had started inspecting systems and equipment as a normal preventive action.