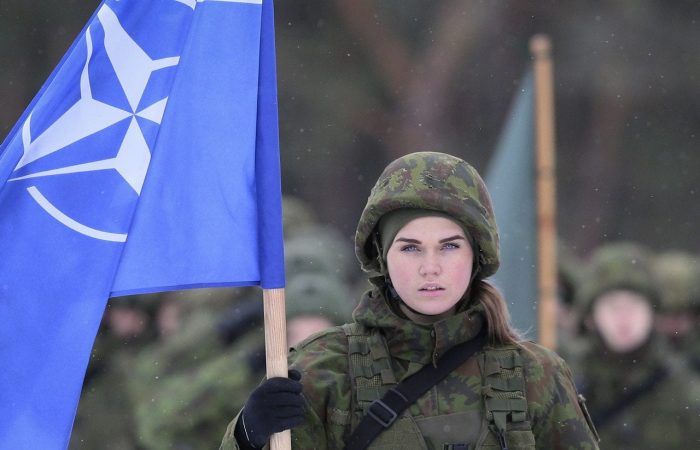 The Estonian military experts laid out their own vision on how the novel virus is able to affect NATO members’ ability to defence, Bulgarian Military reported.

The Estonian analysts voiced concern when the stopped movement on the Polish border has led to a decrease in the mobility of NATO forces. Tallinn urges to revise a plan of the troop movements in a situation of a possible military crisis like the current coronavirus outbreak.

As the Estonian analysts say, Poland is the most important ally of the Baltic countries. The country has already deployed its troops around the so-called Suvalk corridor, which runs along the border with Lithuania from the Kaliningrad region to Belarus.

As of Sunday, the uneasy situation on the border with Poland that has arisen due to the COVISD_19 outbreak has been resolved. However, a few days ago, transit through Poland was paralyzed, so the logical question arose: how to act under such unexpected circumstances if hostilities suddenly began?

Estonia: NATO should take into account the inevitable traffic jams during crisis moments

As coronavirus experience shows, the states just close their borders and the traffic jams form in every direction. The Estonian Foreign Minister Urmas Reinsalu asks NATO to take that fact into account in the future when planning a collective defence.

In turn, the retired general, deputy of the Riigikogu Ants Laaneots, believes that “during the military crisis, you can rely on Poland.” He recalls that Poland has 4 divisions, 2 of which are in close proximity to the Suwalk corridor.

“This year, it is planned to conduct exercises so that the main flow of military forces through the Baltic region will be transported by sea and by air. In addition, we agreed with the Swedes that a regiment is located on the island of strategic importance Gotland. Now they are renovating their flight base,” said General Ants Laaneots.

However, because of the coronavirus, some of the allies refused to participate in the exercises, which were supposed to take place in spring and summer.

Moreover, guests are not allowed into the territory of the units. The Estonian Defense Forces have limited foreign missions of military personnel, they are forbidden to visit countries at risk. Soldiers returning to Estonia from abroad should be quarantined for 14 days.

However, the precautions taken could not prevent the Estonian Defense Forces from becoming infected with the novel pathogen.