Ethiopia to respond to Egyptian complaint on Nile dam 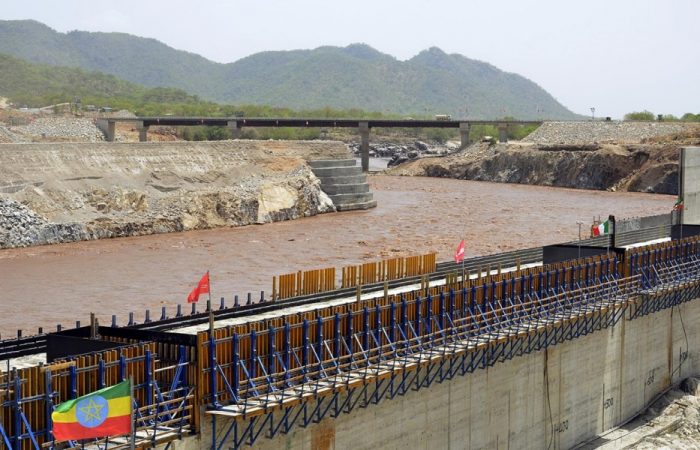 Ethiopia, the country that launched the construction of the dam in 2011, has prepared the detailed response to the complaints voiced by Egypt. Following the Washington meeting in January, the trilateral talks between Ethiopia, Sudan and Egypt stalled in February.

The issue of filling of the Grand Ethiopian Renaissance Dam (GERD) became the stumblingblock during the negotiations between three countries.

As of May 12, the civil work of the Ethiopian Renaissance Dam has reached 87% and the total construction 73%.

Egypt submitted the complaint to the UN Security Council last week as part of a massive international campaign to stop Ethiopia from filling the $5-billion hydro dam on the Nile.

According to Egypt, GERD would reduce the flow of Nile waters downstream while Ethiopia maintains it needs the dam for national development as well as regional electricity interconnection.

On Monday, Ethiopia has prepared a comprehensive response to a complaint by Egypt about, a top government official said. Seleshi Bekele, the minister of water, irrigation and energy, briefed senior government officials on Monday about recent developments surrounding the dam.

Ethiopia started this megaproject realizing that meeting electricity infrastructure is critical to the sustainable development of a country, Seleshi added. The official pointed out that filling of the GERD will be managed without causing significant harm to the downstream countries. Moreover, Bekele said that Ethiopia respects the fair and rational water management guideline.

The Ethiopian minister of irrigation confirmed that his country has prepared a comprehensive document that provides sufficient response to the complaint Egypt has submitted to the United Nations.

In fact, for Ethiopia with its very diverse topography, the water issue is a key. The country receives an average of about 1.2 metres of rainfall annually, generating several rivers that originate in Ethiopia and flow through its southern, eastern, northern and western borders. Forests and wildlife are common, with huge pastures and rain-fed crops.

The downstream riparian countries have been given sufficient briefings and explanations beginning from the start of the construction of the GERD, he said, adding that «the questions raised not only contradict the rights of the country to development but also lack scientific basis.»

Even if Ethiopia has been conducting discussions with experts, ministers, and even leaders of the downstream countries since 2012, the negotiations have not resulted in the deal.

Unfortunately, latest trilateral talks in Washington were broke down in February after Ethiopia said the US sided with Egypt.