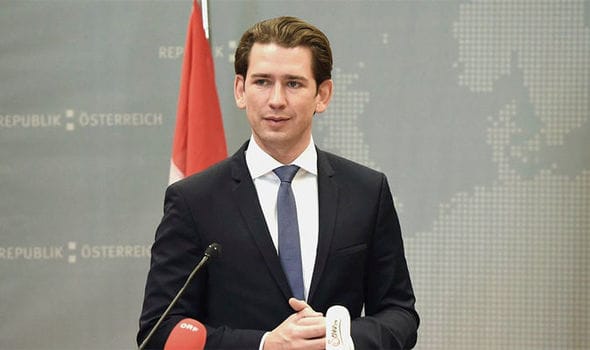 Sebastian Kurz was slamming Italy’s government as a bitter row with Brussels rages around Rome’s 2019 budget proposals. The Austrian Chancellor vowed that Austria will not pay, Express reported on Friday.

The European Commission told Italy’s cabinet that their 2019 budget draft breaches EU rules because debt has soared to more than £2 trillion. According to Conte’s cabinet, Italy insists on increasing spending on welfare and infrastructure, but other EU members blast such an approach. in fact, Italy’s debt burden is second only to Greece in the EU at 132 per cent of GDP, so the electoral pledges of Giuseppe Conte’s coalition cannot rely on EU’s understanding this time.

Austria’s Chancellor Kurz warned that his country will not pay, while Rome has been locked in a fierce row with Brussels over their budget deficit, which Italy’s populist coalition government wants to be raised to 2.4 per cent in 2019.

Mr Kurz, leader of the centre-right Austrian People’s Party (OVP), blasted the Italians debt as “dangerous to all of Europe” prior to joining Thursday’s Brexit summit in Brussels. In particular, Sebastian Kurz renewed his attacks in a series of tweets, vowing his government would not contribute towards Italy’s debt. In his written comment Kurz said that he has no understanding for ‘the budget proposal that was submitted to Brussels by Italy’.

“We will certainly not pay for others’ debts and populist campaign promises. I see it as a negative that exceptions have been made for larger countries,”

He wrote on Twitter and added that it is clear that the over-indebtedness is dangerous. While Italy’s 2019 budget is still a headache to the EU, Rome should “abide by the existing rules”.