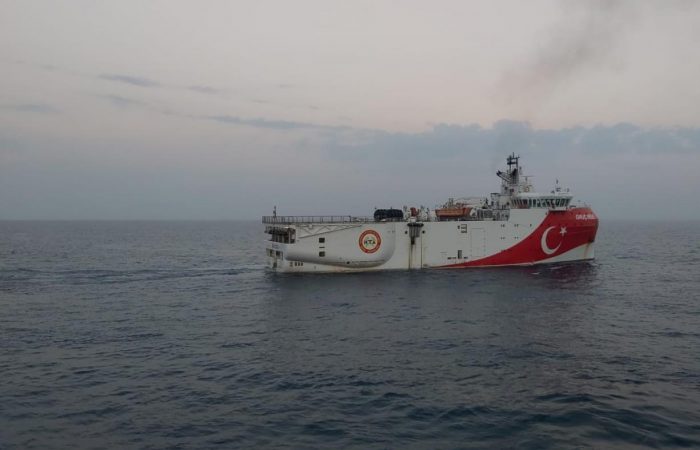 France confirmed it has lent navy support to Greece but reiterated that negotiations as the only way to find a resolution in its maritime dispute with Turkey. On Thursday, the French government deployed warships to the Mediterranean. That support for Athens comes days after Ankara sent a research vessel, accompanied by warships, to disputed waters.

President Macron announced his decision to “temporarily strengthen» the French military presence in the eastern Mediterranean.

«The purpose of this military presence is to strengthen the autonomous assessment of the situation and to affirm France’s commitment to free movement, to the security of maritime navigation in the Mediterranean and respect for international law,» said a defence ministry statement.

As Reuters reports, the French government has confirmed that the navy had arrived in Crete earlier on Thursday morning to carry out joint manoeuvres with Greek forces, Greek defence officials confirmed.

Greece-Turkey: Tensions in the Mediterranean have been rising

As Turkey said, Greece had violated a German-mediated diplomatic dialogue by unexpected signing a deal. Athens’ move undermined a similar maritime agreement signed by Turkey and Libya last year in an attempt to block further Greek and Cypriot energy drilling activities in the zone, which is rich for hydrocarbon precursor. Both Turkey and Greece lay claim to the area.

France’s Macron decided to back the Greek military with naval deployments. “I have decided to temporarily strengthen the French military presence in the Eastern Mediterranean in the coming days, in cooperation with European partners including Greece,” the French leader said.

Commenting on the dispute, Turkish President Recep Tayyip Erdogan accused Greece of exacerbating tensions by taking some “wrong” steps. During the televised address to the nation, Turkey’s president added his country isn’t chasing «an unnecessary adventure or rooting for tension».

Meantime, the stumbling block in the relations between Athens and Ankara stem from the islands belonging to Greece in the Aegean Sea and the Mediterranean. While Ankara says Athens has a right to declare an exclusive economic zone in the region, it insists Greece should take into consideration Turkish interests.