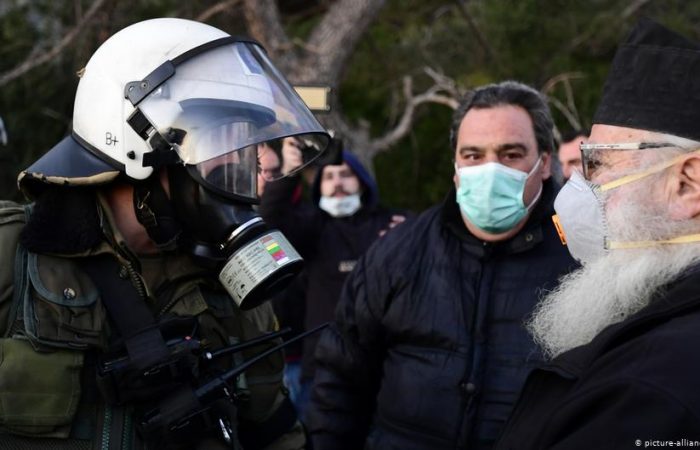 The Greek local governments of the Aegean islands have launched a labour strike while anti-migratory sentiments are strengthening. The «extremely aggressive» clashes between police and anti-refugee protesters proven that migrant crisis threatens to be transformed in the social one.

The Greek island residents urge the government and Brussel authorities to stop using Aegean archipelago as the migrant camps, DW reported. On Wednesday, a general strike against the decisions of the Greek Cabinet has started. The move follows violent clashes between protesters and riot police over plans for new migrant camps.

To show the seriousness of their protests, all regional and municipal authorities and most businesses were shut down on the islands of Chios, Lesbos, and Samos.

«We want our islands back» and «The islands must stop being the camp of lost souls» are the mottos of the Greek islanders whose life turned into a nightmare with the appearance of migrant camps that become overcrowded extremely fast.

Governor of the northern Aegean region had announced the decision of the 24-hour general strike following Tuesday’s police clashes when 500 protesters were disseminated by tear gas. Another island, Chios, also is bearing the brunt of EU refugee crisis.

The strike was tagged as a «day of shame,» governor Moutzouris said and urged Greek PM Kyriakos Mitsotakis to revise his plans to replace old, overcrowded camps with new ones. According to the local people, it is not physically possible to welcome all migrant on the Aegean islands.

Up to date, the four north Aegean Greek islands host some 42,000 migrants who live in crowded conditions in and outside of camps built for only 8,000.

The local authorities strongly oppose the government’s plan for further development of the camps. The next possible move is locating migrant camps on mainland Greece but in this case, the degree of protests will be much harder.