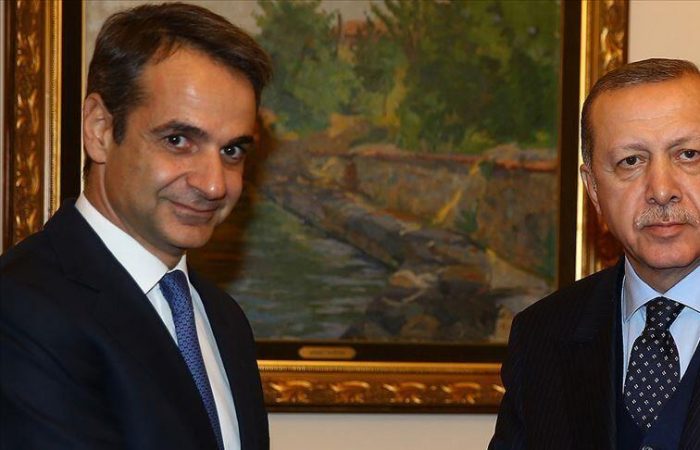 The Greek prime minister Kyriakos Mitsotakis has commented on the issue of the Eastern Mediterranean in his address to the UN General Assembly. The top Greek official has called for giving diplomacy a chance with Turkey on resolving the dispute, Anadolu Agency reports.

The Greek PM said that in last year’s UNGA he extended “the hand of friendship and cooperation” to Turkish President to show “willingness to act as a bridge-builder for Turkey in Europe”.

This year, Mitsotakis claimed Turkey escalated the tension in the region. According to the prime minister, ‘everybody understands that this constant escalation of tension cannot continue’. “And I refuse to believe that partnership between close neighbours is not possible,” he said on Friday.

However, the normalization agreement between the two nations is still possible, the diplomacy should be given a chance. In fact, it is is time to prove that “years of suspicion and animosity” can be replaced by “cooperation and mutual understanding”.

“So, let’s meet. Let’s talk. And let’s seek a mutually acceptable solution. Let’s give diplomacy a chance. If, after all, we still cannot agree, then we should trust the wisdom of the International Court at the Hague,” he said.

Also referring to the start of exploratory talks between Turkey and Greece, Mitsotakis said that it “is a step in the right direction”. “If President Erdogan really believes the UN stands as a beacon of hope and a bastion of global cooperation, I would urge him to act in accordance with this fact,” the Greek PM added.

Greece, with France’s support, has disputed Turkey’s energy exploration, trying to box in Turkish maritime territory based on small islands near the Turkish coast.

Meanwhile, Turkey has boosted its activity in the disputed region. The nation with the longest coastline on the Mediterranean has already sent drillships with a military escort to explore for energy on its continental shelf, saying that Turkey and the Turkish Republic of Northern Cyprus also have rights in the region.