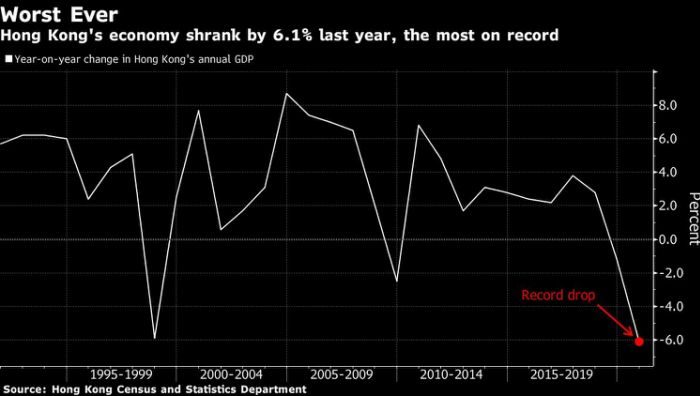 Hong Kong’s financial secretary announced the rolling out of a solid stimulus plan to accelerate the economy’s revival, Bloomberg said.

The Hong Kong consumers will be boost with spending vouchers and loans for the unemployed, according to the top financial official Paul Chan. He outlined about $15.5 billion of financial support Wednesday to spur consumption and ease joblessness.

Meantime, the finance ministry is hitting investors with a planned tax hike on stock trading. To boost revenue, Mr Chan proposed raising the stamp duty on trading to 0.13% from 0.1%, sparking selloff inequities.

According to the financial secretary, the focus of his budget is on stabilizing an economy. Over two years, the political and social unrest plus pandemic hit Hong Kong’s economy. After a record contraction of 6.1% last year, the economy will grow in a range of 3.5%-5.5% in 2021, Chan said.

The consumption vouchers aimed at stimulation of spending, benefiting restaurants, retailers and tourism businesses frozen by corona lockdowns. As Chan added, retail sales in Hong Kong have plummeted and unemployment surged to the highest in more than 16 years.

The government announced almost HK$320 billion in virus stimulus last year to support industries and the economy, centered on a HK$10,000 cash handout to residents and a wage subsidy program to stem job losses.