Idlib offensive is a serious threat to Turkey’s national security 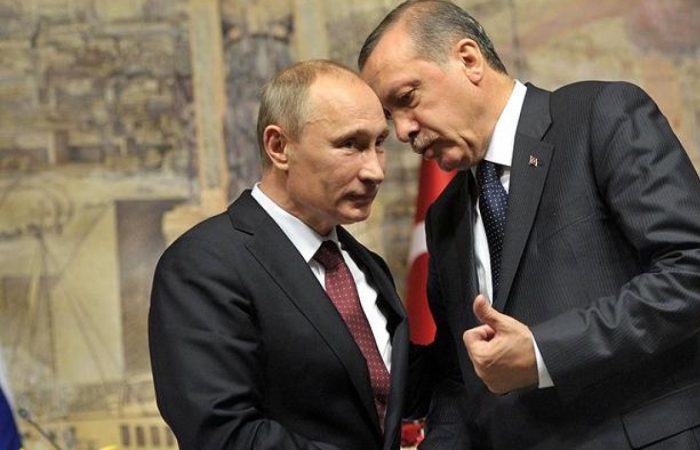 Recep Tayyip Erdogan had a phone conversation with his Russian counterpart on Friday. As Reuters reported, the central topic of their conversation was Idlib offensive. According to the Turkish President, the latest developments in Syria’s northwestern province are a serious threat to Turkey’s national security.

Mr Putin and Mr Erdogan have discussed over the phone the recent Idlib incident, which could have an impact on the settlement of Syria armed conflict. The Turkish military convoy has recently suffered an attack, Erdogan’s office said in a statement on Friday.

The Turkish diplomats noted in the official statement that Recep Tayyip Erdogan has condemned ceasefire violations in Idlib. The Turkish President immediately reacted and noted that the attacks significantly damage the Syrian crisis settlement and are also a serious threat to our country’s national security.

«The presidents of Turkey and Russia have held a phone conversation about the situations in Syria and Libya, and bilateral relations. Our president has told his Russian counterpart that ceasefire violations in Idlib have brought about a big humanitarian crisis,» Erdogan’s administration said.

Turkish Foreign Minister Çavuşouglu said on Friday that we have no besieged forces in Idlib but there are clashes between regime militia and opposition factions at a press conference with his Lebanese counterpart Gebran Bassil in Beirut, during an official visit to Lebanon.

Top Turkey’s diplomat also added that his country shares experiences with the Lebanese side and the allies to return Syrian refugees and internally displaced persons to areas entered by the Turkish army and liberated in Syria.

Mevlet Çavuşouglu urged for a conference bringing  Syria neighbouring states to discuss the issue of refugees.