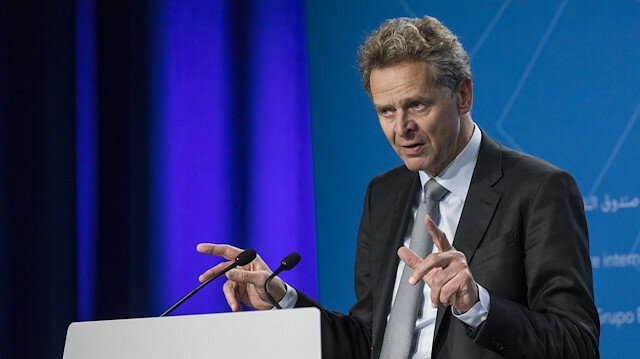 The COVID-19 crisis hit the economics of many countries, confirms the International Monetary Fund (IMF). The simultaneous requests for financial assistance were received from a record-high number of nations but Russia and Turkey.

Poul Thomsen, the director of the IMF’s European department, stressed that amid the coronavirus crisis, many countries are seeking financial aid from the fund. It is worth to note that neither Turkey nor Russia have done so, said Thomsen on Monday.

«We are dramatically streamlining our internal rules and procedures so as to be able to respond with the speed, agility, and scale called for by this unprecedented peacetime challenge,» IMF official said.

The IMF has recently announced new financial packages to help governments tackle the virus’ effects on their markets. As the outbreak spread to dozens of countries, other international financial institutions do the same.

Turkey, Russia didn’t ask for the IMF’s help so far

Turkish officials said they have taken necessary steps to protect the public and the country’s economy from the pandemic’s fallout, Yeni Safak news agency reported on Tuesday.

As IMF reports, Turkish firms affected by the crisis were granted a 3-month moratorium on bank loan repayments (principal and interest). In addition, debt enforcement and bankruptcy proceedings (except in alimony cases) have been suspended amid coronavirus crisis period.

As of Tuesday, COVID-19 has so far infected 9,217 people and claimed 168 lives in Turkey. Meanwhile, the Russian government started preemptive containment at end-December. In other words, the speedy reaction allowed to minimize the number of infected people inside the country.

Additionally, closing the border with China and some European countries and more recently mandating self-quarantine for travellers at risk, and closing schools, theaters, sports facilities and encouraging remote work.

In Russia, a pandemic has not been officially announced. The COVID-19 shock is compounded with a collapse in oil prices and associated instability in financial markets. As IMF reports on its webpage, the Cabinet has adopted an action plan to support households and businesses and stands ready to take further measures.