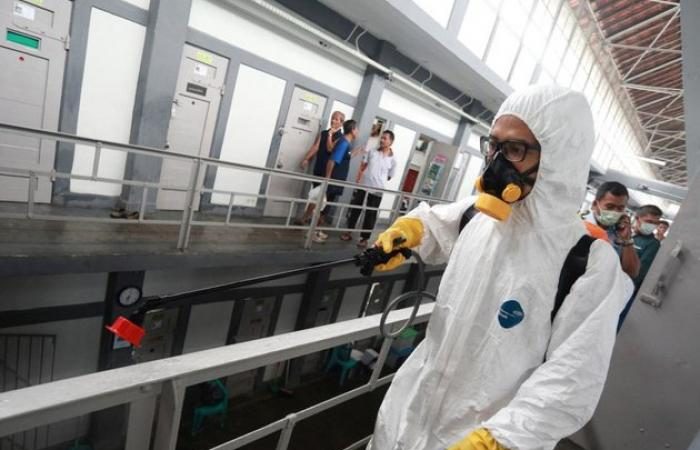 Indonesia’s prisons are used to be overcrowded and insalubrious places, so, the government decided to release 30,000 prisoners to avoid the contamination with the fast-spreading coronavirus.

The first phase of the preventing anti-virus measures includes releasing of 18,000 prisoners, said the Indonesian authorities in responding to an appeal by the UN. This week, the government promised the release more than 30,000 prisoners. The only condition is jail inmates should be immediate to be quarantined upon outside.

As of Saturday, Indonesia recorded the second-largest death toll yesterday after China, so, preventive measures are critically important for public health. The mass release comes a few days after the Cabinet announced that it would let out 30,000 prisoners to ease pressure on the prison population. The same move was made Afghanistan’s government last week – 10,000 prisoners planned to be released over there.

“Our target is to release 30,000 inmates in total, but it could end up being more,” said Rika Aprianti, a spokeswoman for the Indonesian Corrections Directorate General. “This is part of the plan to prevent the spread of COVID-19 in prisons.”

In the Asian country, both juvenile offenders and adult prisoners who had served at least two-thirds of their sentences are set to be among those released. The two-week quarantine at home is a must for prisoners.

Amid coronavirus crisis, Indonesia tops Southeast Asia in terms of confirmed novel cases with 1,986, 181 deaths and 134 healed. In the country with a population of 261 million just under 7,200 people have been tested so far. In other words, the real picture could be much darker, the medical experts say.

West Java Governor Ridwan Kamil said that his province carried out more than 25,000 “quick tests” and at least 500 were positive but needed further testing.

“Without massive testing, we wouldn’t have found this cluster,” Kamil said. “Other regions which report low cases are the same – maybe if they did more tests they would find more.” Meanwhile, the authorities have deployed police to ensure that everyone at risk is tested.