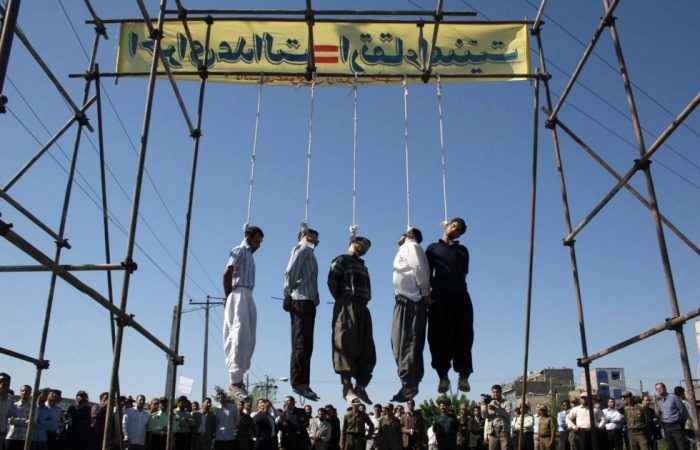 Iran remains the only country in the world where is believed to execute the most people per capita. In August, the Islamic Republic continued its high rate of executions in line with its long-term record for human rights abuses, Al Arabiya reported.

The human rights activists urge the Iranian government to stop the executions but Iran has continued its poor human rights record to the present day.

According to the Norway-based Iran Human Rights (IHR), 38 people were executed in Iran in August, double the rate in the same period last year. At the same time, official figures acknowledge 13 executions for the last month, mostly, via hanging.

IHR said that based on data it collected, 32 of those executed were convicted of first-degree murder, while six were hanged for major narcotics and drug trafficking convictions.

That pace of execution remembers the Iranian massacre of 1988, the experts say. Then-Iranian Supreme Leader Ruhollah Khomeini issued a fatwa that ordered the killings of political prisoners in Iran. It is now estimated that over 30,000 prisoners were murdered.

Though tribunals for the 1988 massacre were held in London and The Hague, the Iranians accused of these crimes never stood trial. Despite holding no judicial power, the tribunals were significant for publicizing the testimony of witnesses.

Current Iranian Justice Minister Alireza Avai was involved in the massacre of political prisoners in Khuzestan Province in 1988. Iranian President Hassan Rouhani appointed Avai as minister of justice in 2007.

According to Amnesty International, Iran executed 253 people in 2018 and 507 in 2017. The minimum age for execution is 15, and Iran recently executed two 17-year-olds on April 25, 2019. Their death caused a stir on social media, and many progressive Iranians have condemned the authorities for such inhuman verdicts.