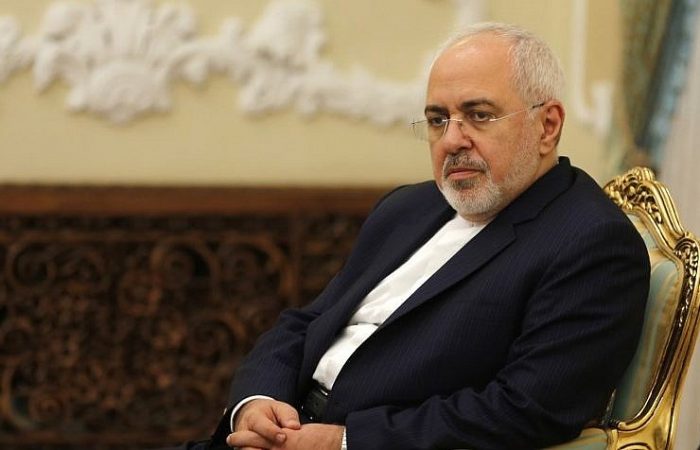 Iran’s top diplomat Mohammad Javad Zarif reiterated in the letter to the United Nations that as soon as sanctions imposed against his country are lifted, the Islamic Republic will settle its deferred financial contribution to the international body.

Zarif said in a letter wrote to the UN Secretary-General António Guterres on Wednesday that Iran will continue to play its role at the international organization if the sanctions are lifted.

According to the Iranian foreign minister, this decision to impose ‘unlawful unilateral sanctions’ imposed by the United States is fundamentally flawed, entirely unacceptable and completely unjustified. Moreover, it makes it impossible for Iran to fulfil its financial obligations towards the United Nations. 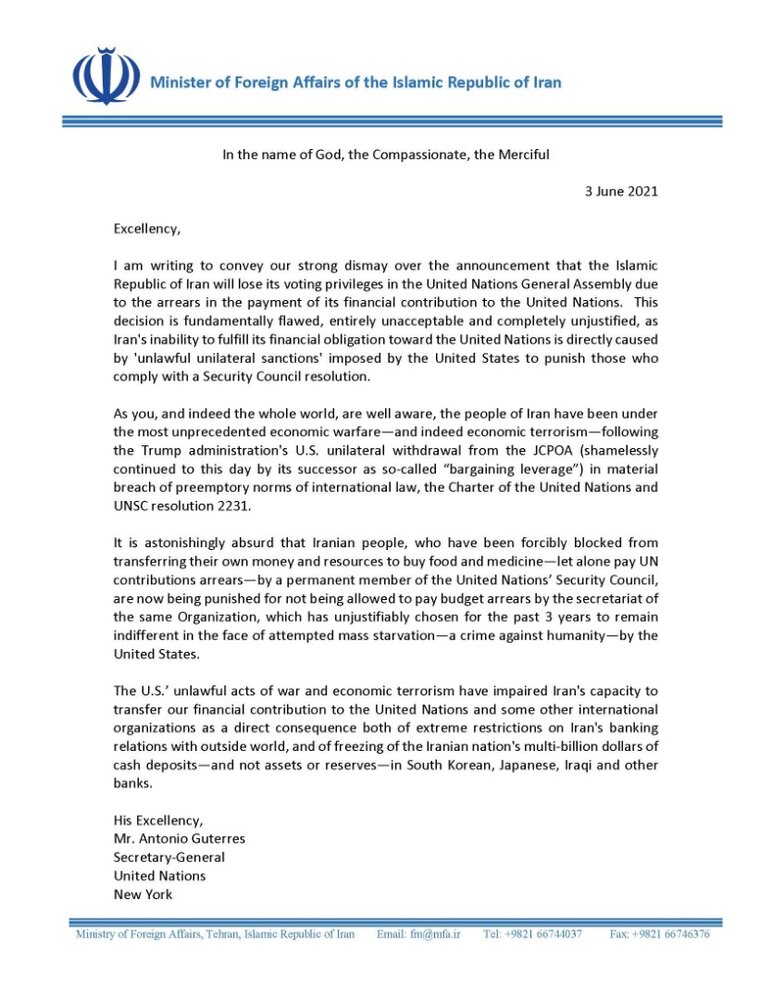 Explaining Iran’s position, FM Zarif asked Secretary-General to revise the decision. The people of Iran have been under the most unprecedented economic warfare – and indeed economic terrorism, Zarif said. After Washington’s unilateral withdrawal from JCPOA in material breach of peremptory norms of international law such as the Charter of the UN and UNSC Resolution #2231.