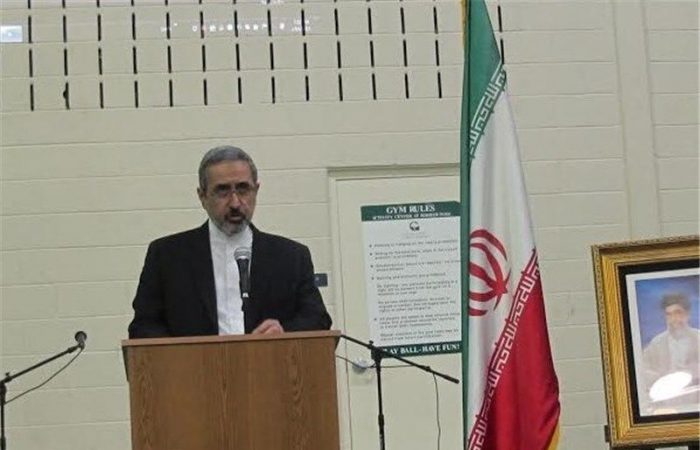 Commemorating the anniversary of the Islamic Revolution, the ambassadors, diplomats and peace activists paid tribute to the memory of Commander Lieutenant General Qassem Soleimani who was assassinated by the US in Iraq, the state-run news agency IRNA reports.

Washington used to commemorate such an important event in the life of the modern Middle East. This year, the ceremony took place at the Interests Section of the Islamic Republic of Iran in Washington hosted diplomats, religious figures, heads of Islamic organizations and journalists.

Despite the tensions between the countries, the event has gathered many representatives from Russia, Belgium, Norway, Brazil, Algeria, Oman and Iraq. Also the academic and religious figures, representatives of anti-war institutes were attended.

In his speech during the ceremony, head of the Interests Section of the Islamic Republic of Iran Mahdi Atefat has stressed the importance of Iran’s scientific, cultural and regional status. He also described Gen Soleimani as the number one enemy of terrorist groups like ISIS and Al-Qaeda.

The Iranian nation toppled the US-backed Pahlavi regime 41 years ago, ending 2,500 years of monarchy in the Middle Eastern country.