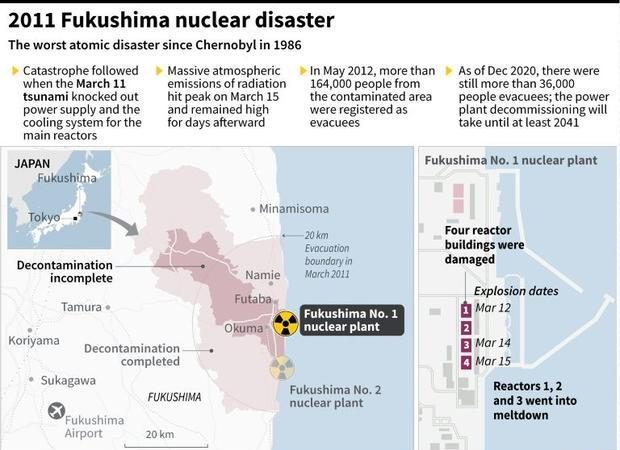 Japan remembers how the powerful earthquake, deadly tsunami and nuclear meltdown traumatised a nation ten years ago, The Japan Times reports. To mark the decade since the tragedy, the country falls silent today for one minute

Across entire Japan, a minute’s silence was observed at 2.46 pm local time, the precise moment a 9.0 magnitude quake hit off the coast on March 11, 2011.

Disaters’s death toll was awful, around 18,500 people were killed or left missing in the disaster. The ensuing nuclear meltdown at the Fukushima Daiichi nuclear plant blanketed nearby areas with radiation, rendering some towns uninhabitable for years and displacing tens of thousands of residents.

Emperor Naruhito in his address to the nation in Tokyo’s national theatre stressed that “unforgettable memory of the tragedy” persisted a decade on.

“Many of those afflicted, in spite of their having suffered from unimaginably enormous damage, have overcome numerous hardships by helping one another,” the royal said.

Japan’s Prime Minister Yoshihide Suga said the challenges faced by survivors had been compounded by the pandemic and natural disasters, including a recent strong quake in the region, classified as an aftershock of the 2011 tremor.

On March 11, tributes and condolences poured in from around the globe, with everyone from UN Secretary Antonio Guterres to artists.

The disaster is being marked just two weeks before the Olympic torch relay kicks off in Fukushima prefecture, nodding to efforts to cast the event as the ‘Reconstruction Games’.