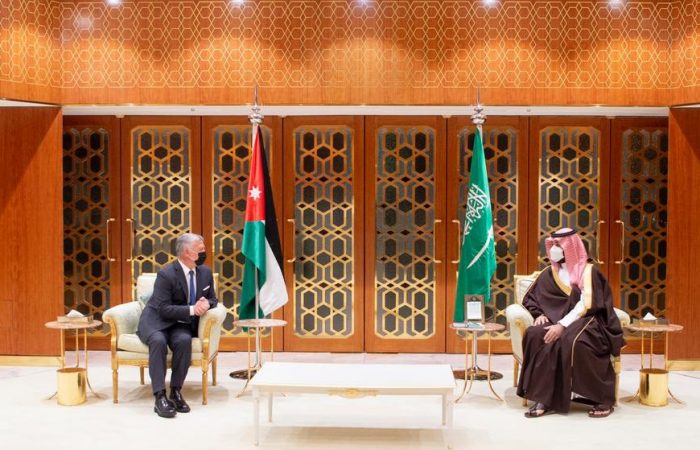 Jordan’s King landed in Saudi Arabia’s capital on Monday evening for the negotiations, The National reports. Both royals reviewed bilateral relations and discussed coordinated and joint responses to deal with regional issues.

Over the last year, both Saudi Arabia and Jordan’ monarchs are worried about Turkish expansion in the Middle East and are close allies of the US.

Saudi Arabia remains a major donor to Jordan, which is in recession and undergoing a surge of covid infections. Three powerful nations of the Persian Gulf – Saudi Arabia, the UAE and Kuwait – gave $833 million in cash to Jordan in 2018.

Two weeks ago, Jordanian Foreign Minister Ayman Al Safadi discussed with Qatari officials a pledge by Doha to invest $500m in Jordan and to find job opportunities for its workers.

King Abdullah and MbH shared concerns about the Muslim Brotherhood and opposition to Turkey’s rising influence in the war-torn Syria and Iraq.

Amman also opposes Iranian polices in the Middle East but has taken a more muted stand against Tehran. Jordan has warmly welcomed reconciliation at the end of last year that put a formal end to the Gulf schism between Qatar and Saudi Arabia, the UAE and Bahrain.

Mohammed bin Salman held a meeting with his counterpart in the presence of Minister of Economy and Planning Mohammed Al-Jadaan and Minister of Finance Prince Faisal bin Farhan.