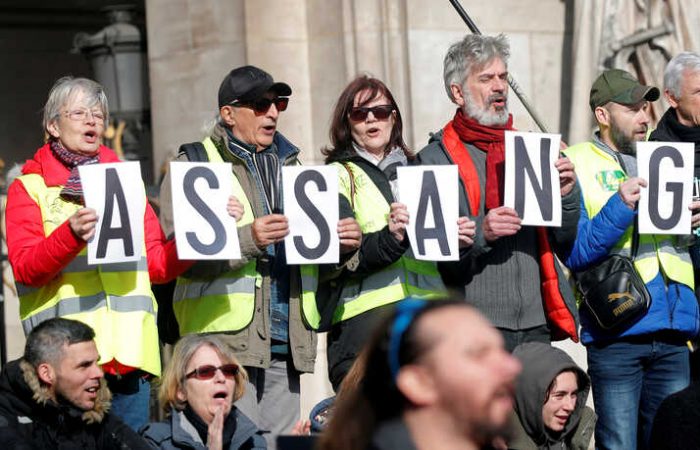 WikiLeaks founder’s legal team intends to file the needed papers on Wednesday to have Julian Assange released on bail. The main reason for that is the risk of contracting coronavirus in prison.

While Julian Assange is being held at a London-area prison, his lawyers are working on the opportunity to release him on bail. Mr Assange fights extradition to the United States, where he has been charged with espionage for obtaining top-secret government documents from former Army intelligence analyst. Publishing the classified docs on the WikiLeaks website made Assange the fugitive because the documents were full of secret data related to the American wars in Iraq and Afghanistan.

As the lawyers stressed in their request for bai that the prisoners are particularly vulnerable to contracting the novel coronavirus because of overcrowded conditions.

The high-profile case of Julian Assange has brought a number of lawyers who claim to defend the man who considers himself a whistleblower. In France, one the members of this legal team wants President Emmanuel Macron to grant asylum to Assange, who is jailed in London and faces extradition to the United States.

However, a well-known French lawyer Eric Dupond-Moretti claims the current process is unfair. In other words, Mr Assange could spend the rest of his life in a US prison if convicted.

The WikiLeaks founder has been imprisoned since he was evicted from the Ecuadorian embassy last April, where he had sought refuge to avoid extradition to Sweden, where he was wanted for questioning in a sexual assault case.