Angelina Jolie, Justin Trudeau to speak at Toronto’s Women in the World Summit 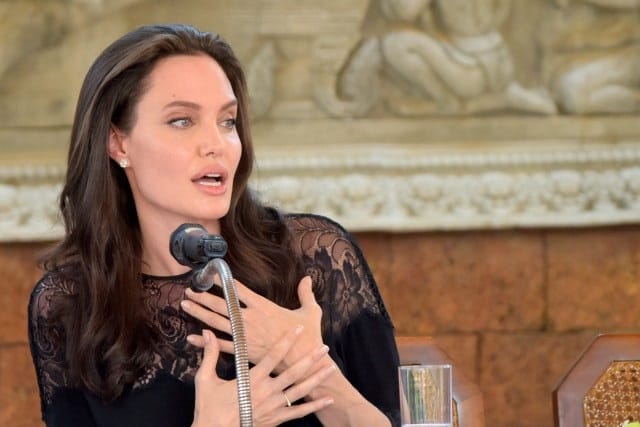 Angelina Jolie and Justin Trudeau, the Canadian Prime Minister, will be among the speakers at the acclaimed Women in the World Summit. This event starts in Toronto for the first time on Monday, Sept. 11.

Angelina Jolie who is shifting from her acting career to the politics will participate The Women in the World Summit in Toronto. The Canadian prime minister Trudeau also is one of the speakers at his event. Summit for the first time brings together activists, artists, CEOs, peacemakers and firebrand dissidents to share their experiences and discuss solutions.

Tina Brown, founder and CEO of Women in the World, is proud that Canada currently leads the world in its commitment to progressive ideas and action,

“We hope this is the first Summit of many in a city where inclusion, global outreach and creative energy is so powerfully evident,”

Angelina Jolie as one of the speakers at the Toronto summit

Both Angelina Jolie and Cambodian author Loung Ung will be discussing their upcoming film First They Killed My Father, directed by Jolie and based on Ung’s bestselling memoir. In that tragic movie, the director is researching the nature of war and its devastating impact on the people’s lives.

The wife of the Canadian prime minister, Sophie Grégoire Trudeau, is a gender equality advocate who will be on a panel discussion on the objectification of women in media and advertising at the upcoming Women in the World Summit.

The event starts on September 11 in Toronto.