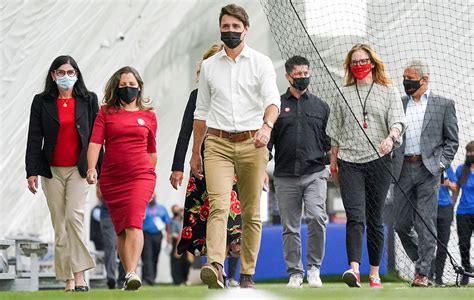 Canada re-elected Justin Trudeau as the Prime Minister, while his Liberal Party will win the most seats in Canada’s election, the experts said.

The 49-year-old PM Trudeau will continue to hold the highest post in the country. He first won election in 2015 and now appears to have led his Liberal Party to the top finish in two elections since.

Over a year of the pandemic, Trudeau could keep the control over the outbreak, while his government spent hundreds of billions of dollars to prop up the economy amid lockdowns. Now, Canada is among the most fully immunized countries in the world, despite Mr Trudeau has been sceptical of lockdowns and vaccine mandates on the early stages of the COVID-19 epidemic.

However, Conservative leader Erin O’Toole didn’t require his party’s candidates to be vaccinated and would not say how many were unvaccinated, 9News reports. Mr O’Toole described vaccination as a personal health decision, but a growing number of vaccinated Canadians are increasingly upset with those who refuse to get vaccinated.
Mr Trudeau supports making vaccines mandatory for Canadians to travel, something the Conservatives oppose. And the PM has pointed out that Alberta, run by a Conservative provincial government, is in crisis.

Alberta Premier Jason Kenney, an ally of Mr O’Toole, said the province might run out of beds and staff for intensive care units within days. Mr Kenney apologized for the dire situation and is now reluctantly introducing a vaccine passport and imposing a mandatory work-from-home order two months after lifting nearly all restrictions.