Kim Jong Un keeps his word: remains of 55 serviceman returned to the US 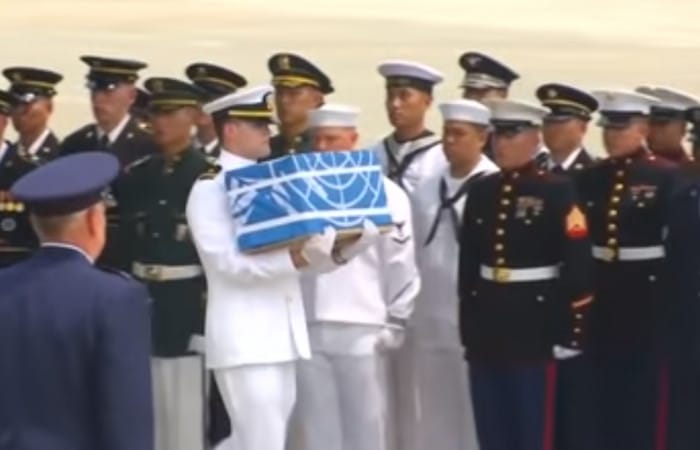 Kim Jong Un kept his word and launched one of the most important processes showing his intentions to improve the relations with the US. The latest repatriated remains arrived in South Korea on the July 27, the 65th anniversary of the armistice that ended the fighting, SkyNews said.

Every tiny sample of bone or teeth of 55 servicemen whose remains have been returned to the United States, around the size of the last joint in a little finger, can yield usable DNA for identification. Tens of thousands of fragments of remains were collected at the site, but very few were recovered intact. Timothy McMahon, director of the defence department DNA operations, will receive any samples in needs of DNA testing. They are sent to a lab in Delaware.

The DNA experts will then look a bit more closely, examining any material evidence found alongside, such as uniforms and identification tags, for clues. Despite there are an estimated 33,000 coalition troops still unaccounted for in North Korea, there is no guarantee all of those transferred will even be US troops.

According to the experts, the DNA testing works by comparing unique genetic markers in two biological samples. In case if there is no tissue is left on remains, mitochondrial DNA can be pulled from skeletal and tooth material by experts – but it is not a simple process. Despite all complicity, dozens of American families got a hope to know the fate of their relatives who disappeared during the war conflict between North and South Korea.

Thanks to the modern technologies, huge advancements have been made to the techniques of extracting, identifying and comparing samples in recent years. This has in part been pioneered by the intensive effort in New York to identify victims from the 9/11 terror attacks.

Identifying victims was then complicated by the remains having been mixed with other pulverised non-human remains as well as having been exposed to jet fuel, fire, water and other influences.