Kremlin names veteran diplomat as ambassador to the U.S. 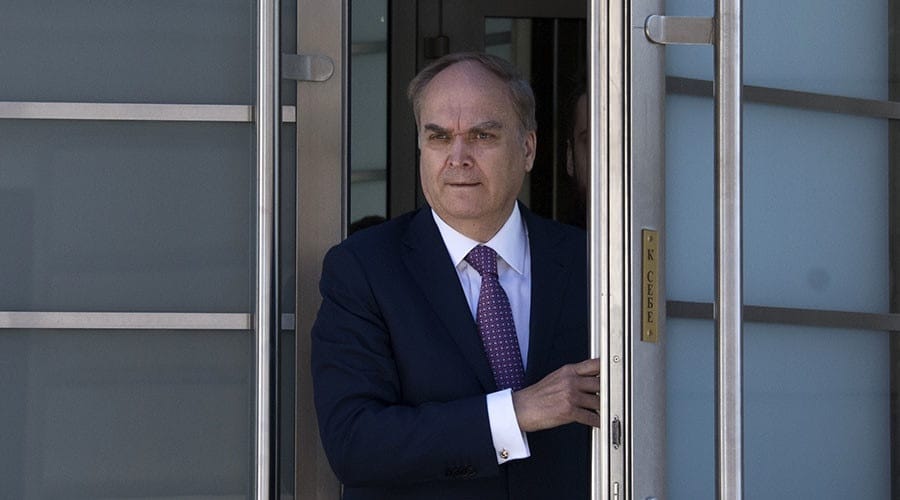 Anatoly Antonov is a new Russia’s ambassador to the United States, the veteran diplomat will replace Sergey Kislyakwho got the nickname ‘spymaster’.

Kremlin’s new choice, Anatoly Antonov, is best known to American top officials as the hardline negotiator. From 2011 until last December he also served as a reliable defender of the Russia’s positions on the Ukraine crisis. Antonov will start on Sept. 1, said Maria Zakharova, the spokeswoman for the Foreign Ministry.

Under Obama’s presidency, Mr Antonov was fronting Russia’s negotiations at arms control talks with the administration, which in 2009 produced a treaty renewing Moscow and Washington commitments to cut their nuclear arsenals.

Kremlin choice to Washington: a career diplomat specializing in defence and security issues

Anatoly Antonov replaces Sergey Kislyak in a very interesting time when the diplomatic relations between Russia and the US. The new ambassador to the US is an experienced diplomat who began his career in 1978, the 62-year-old official is known as a gruff but intelligent interlocutor, he has a long history working in arms control as well as diplomatic outreach for the Ministry of Defense on issues like the war in Syria.

The solid background of Mr Antonov in the defence, security affairs and military politics as well as his experience as the Russia’s deputy defence minister will definitely be an advantage in his new position as an ambassador.