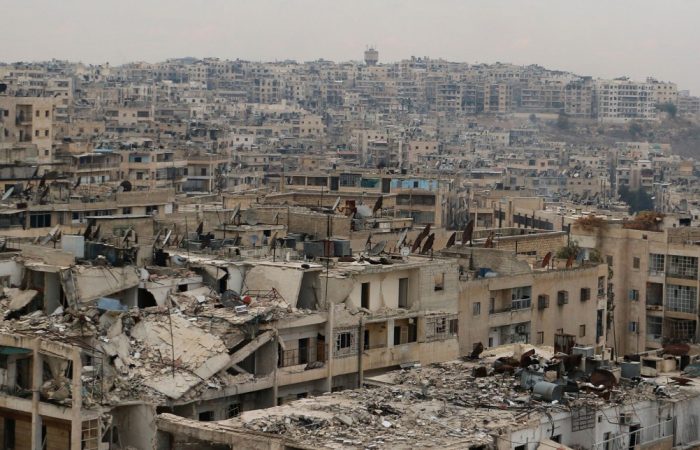 The Kurds from the Syrian Democratic Forces (SDF) are responsible for the missile attack on the headquarters of terrorists from pro-Turkish groups in the north of Aleppo province. The attack occurred on March 29, Bulgarian Military reported.

Missiles were launched on Sunday from the Tel Rafaat area controlled by the SDF that attacked the headquarters of the Al-Jaish Al-Watani group west of the city of Aazaz. The missile launch is worsening that sharp aggravation of the situation in Idlib, where in January a large-scale offensive by the SDF against the positions of the armed opposition and terrorists began.

In addition, the source reported an attack by Turkish artillery at SDF position in the villages of Maraanaz and Ain Dakna in the north of Aleppo province. Over two years, that zone remains tense after the Turkish military operation “Olive Branch”.

On Sunday, the Turkish army and the pro-Turkish groups of the Syrian opposition occupied the region of the canton of Afrin, where previously the Kurds made up the ethnic majority.

In fact, the peaceful efforts made by the leaders of Russia and Turkey didn’t crown by the great success in the northern part of Syria. After Sunday Kurdish attack, the SDF did not stop the guerilla war against the Turkish military and militants of the Syrian opposition.

This month, the presidents of Russia and Turkey entered into an agreement according to which a ceasefire regime entered into force in the Idlib de-escalation zone.

Syrian President later confirmed that if the US and Turkish military did not leave the country, Damascus would be able to use force.

Government forces recaptured nearly half of the Idlib de-escalation zone and left behind a number of Turkish observation posts. After that, Ankara launched the operation “Spring Shield” to push the Syrian troops. Over the months, Turkey is also supported by militants loyal to it.