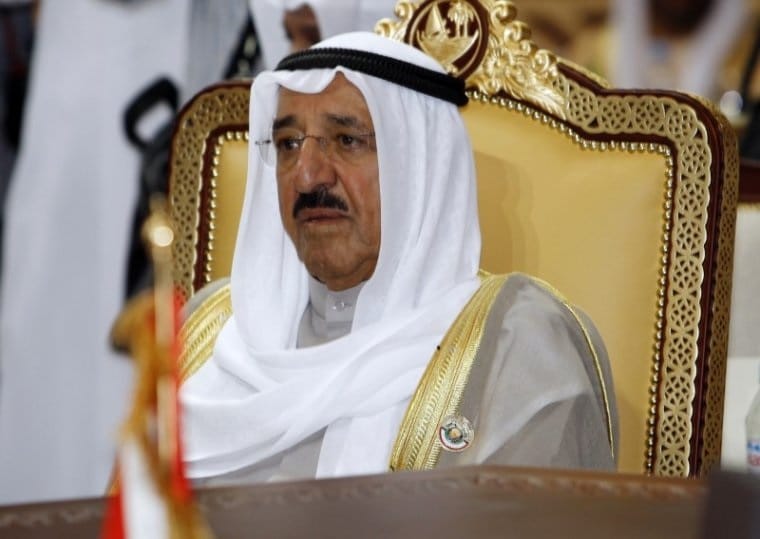 Kuwaiti Emir Sheikh Sabah al-Ahmad Al-Sabah heads to Washington D.C to have a meeting with Donald Trump. On Thursday, both leaders will discuss the latest development of the three-month-old crisis splits the Gulf.

Kuwait’s ruler, mediating Qatar crisis, will hold talks with US President, Emir Sheikh Sabah al-Ahmad Al-Sabah has emerged as a key mediator after the split between the Gulf states – on June 5, Saudi Arabia, Bahrain, the United Arab Emirates and Egypt announced they had cut diplomatic and economic ties with Qatar. The Gulf countries were insulted with the Qatar’s ties to Shiite Iran and fundamentalist Islamist groups.

Over three months, the diplomatic row between Qatar and Arabian Gulf countries is deepening. The conflict should be resolved because this split is strategic and means a lot to the region, say experts.

For the region, that situation is unacceptable, so the 88-year-old Kuwaiti Emir will clear the whole picture for President Trump who has given mixed signals about its policy on the Gulf crisis. The U.S. officials also seek to end the crisis engulfing America’s Mideast allies, and the assistance of Emir Sheikh Sabah al-Ahmad Al-Sabah as a mediator will be highly appreciated.

The dispute began June 5 when Bahrain, Egypt, Saudi Arabia and the United Arab Emirates all cut ties to Doha over allegations Qatar funds extremists and has ties that are too warm with Iran. Qatar long has denied funding extremists.