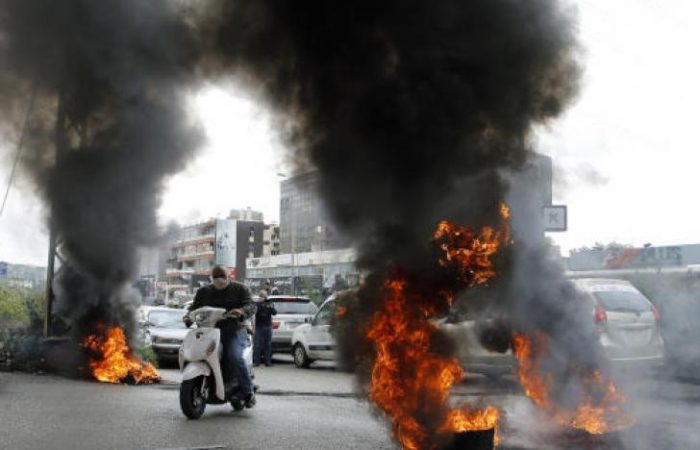 In northern Lebanon, the street protests are intensifying while the public and private property had been attacked and banks set on fire. As the protests turned into riots, a crash in the local currency and a surge in food prices deteriorate the situation.

Tripoli is the capital of northern Lebanon and epicentre of the protests, where unemployment is among the highest in the country and poverty is widespread.

The Lebanese protesters and security forces in northern Lebanon continued the fight on Monday. Dozens of young men smashed the fronts of local banks and set fire to an army vehicle, as the protests turned into riots, Asharq Al-Awsat reports.

Over the weekend, the Lebanese national currency hit a new record low, with 4,000 pounds to the dollar on the black market while the official price remained at 1,507 pounds.

The army brigades said a fire-bomb was thrown at one of its vehicles and a hand grenade was hurled at a patrol during rioting in Tripoli, lightly wounding two soldiers. For the army, “a number of infiltrators” becomes the real trouble, which requires a pause for finding a peaceful solution on how to quickly leave the streets, Reuters reported.

As a response to unbelievable violence, the banking association declared all banks in Tripoli shut from Tuesday until security is restored. Never before the banks had been targeted in “serious attacks and rioting” in Lebanon.

The protesters neglect a lockdown to limit the spread of the new coronavirus in Lebanon, which has reported 710 cases and 24 deaths so far.

The novel virus continues its spreading across Lebanon. The Health Ministry said its teams would try again on Tuesday, urging protesters to let the paramedics work to evaluate the spread of the virus in the tiny country of 5 million people.

The Lebanese army said it respects the people’s right to protest as long as the protesters don’t close roads or attack public and private property. The protesters insist they want to live in dignity and promise to continue and no one will remove us from the street.

On Sunday night, the Central Bank of Lebanon issued a circular instructing currency exchange shops not to sell the dollar for more than 3,200 pounds. On Monday, most exchange shops were not selling dollars, saying clients who have dollars are refusing to exchange their hard currency at such a low price.

Lebanon remains one of the world’s most indebted countries and has been grappling with a liquidity crunch, an economic recession and rising unemployment.