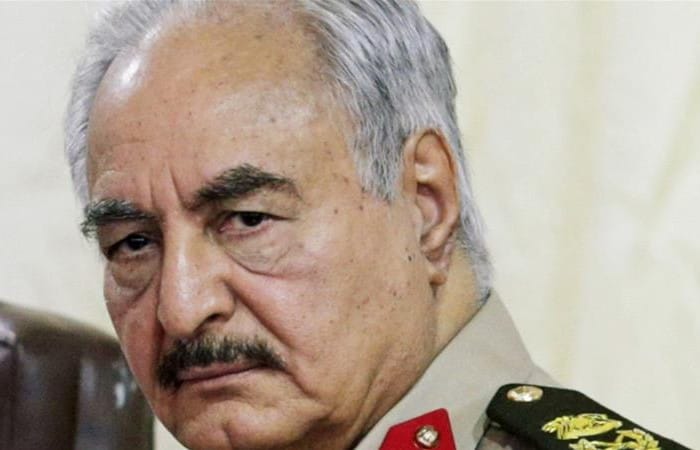 Lybia’s Prime Minister Fayez al-Serraj has accused him of attempting a coup and says his forces will not be allowed to continue. As BBC understood, General Haftar with the Libyan National Army (LNA) loyal to him takes control over eastern Libya. the strongman claimed to have carried out air strikes against targets in Tripoli on Sunday. In the light of a sharp escalation of the conflict, many international powers have begun evacuating personnel from the North African state amid the worsening security situation.

Forces loyal to General Khalifa Haftar, the military strongman who controls eastern Libya, claimed to have carried out air strikes against targets in Tripoli on Sunday in an uncontrollable escalation of the conflict in the oil-rich country. Fierce clashes on Tripoli’s outskirts were also reported to be underway during the weekend. After Thursday offensive, the militias protected the capital scrambled to repel by Gen Haftar’s LNA troops.

As the fighting raged on Sunday the LNA said it had also seized an area around Tripoli’s international airport, a claim denied by Tripoli military officials, according to Reuters. The sharp escalation of the conflict made the UN mission in Libya to call for a two-hour truce to evacuate the wounded from southern parts of the city.

Even though, Gen Haftar appears to have met more resistance than he anticipated — Tripoli’s often-fractious armed factions have not so far switched sides as he calculated they might.

The 75-year-old General Haftar gave his LNA the order to advance on Tripoli after sweeping across the south of the country earlier this year, an offensive largely achieved without fighting but through forging alliances with local tribes and militias. According to the White House, the security realities on the ground in Libya are growing increasingly complex and unpredictable. Many international powers have started the evacuation of their personnel from Lybia because of the flare-up of civil war.

The renewed clashes threaten UN-led efforts to organise a national conference next week to agree on arrangements to end the division of Libya between rival governments in the east and west and hold elections. Ghassan Salamé, the UN special envoy to Libya, said on Saturday he was working to defuse the crisis and was still “determined” to hold the conference on time.

According to the experts, Lybian strongman Haftar still has at least two military advantages over his adversaries: he has superior firepower and his fighting force has a “relatively disciplined command structure”.